• The revenue collection, expenditure and deficit gap continues to widen in the country and therefore the public debt servicing remains high with high interest payment. 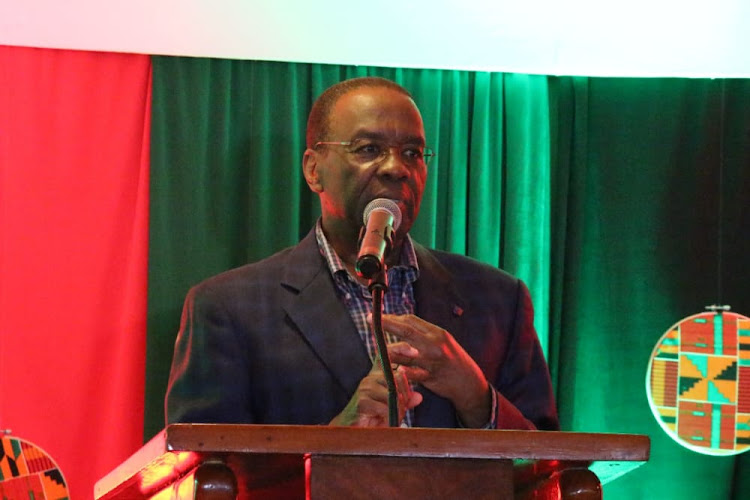 Human Rights groups have called on government and all the aspiring candidates in the coming general elections to put the public debt management and accountability at the core of public discourse.

The rights group said that the economic hardships Kenyans are facing is due to government’s growing and unaccountable role in expanding the public debt.

The Okoa Uchumi National coordinator Wanjiru Gikonyo said that it is a civil society initiative committed to the goal of accountability in Kenya’s public debt management.

“The Okoa Uchumi campaign is rooted in article three which calls upon all persons to protect and defend the constitution and we thereby commit ourselves and call upon Kenyans to reject the culture of impunity,” said Gikonyo.

She was speaking during the launch of Okoa Uchumi Citizen’s Manifesto, Accountability and Economic Justice on April 5 in Nairobi.

“We cannot entrust corrupt individuals to provide a solution to tame the ballooning public debt. Let us all act proactively by rejecting individuals with pending corruption and economic crimes cases as we head to the August 9 general election,” Misoi said.

He added that the revenue collection, expenditure and deficit gap continues to widen in the country and therefore the public debt servicing remains high with high interest payment.

This is after the budget implementation review report by Controller of Budget Margaret Nyakang’o revealed that the counties’ debt stood at Sh128.94 billion as at December 31, last year.

This, according to the report released last week, increased from Sh96 billion as at the beginning of the financial year on July 1, last year.

Nyakang’o flagged the ballooning debt saying it is a crisis and a ticking time bomb and that requires immediate action.

“I advise county governments to priorities pending bills as a first charge in the 2021-22 budgets before embarking on new financial commitments,” Nyakang’o said in the report.

“Politics in the current generation in Kenya is monetized and ethicized , if you do not have money you cannot vie for any political seat. We therefore must vet all political aspirants regardless of their positions to ascertain whether they are fit to hold seats in the government,” Mutunga said.

The rights groups called upon Independent Electoral and Boundaries Commission(IEBC) and the Ethics and Anticorruption Commission(EACC) to ensure that those cited for violating ethical standards are barred from  vying and holding public offices.

The country's debt increases by Sh40 billion any time the shilling drops a unit against the US dollar.
Business
7 months ago
Post a comment
WATCH: The latest videos from the Star
by PERPETUA ETYANG
News
05 April 2022 - 21:49
Read The E-Paper