•Unemployed and struggling to make it as a singer, Sasha was feeling increasingly desperate for a way to make money – just like those who lost income due to Covid.

•Content creator Florence Bark, 30, signed up to OnlyFans at the start of the pandemic in 2020, when her other line of work – directing corporate videos for brands and advertising – dwindled due to Covid. 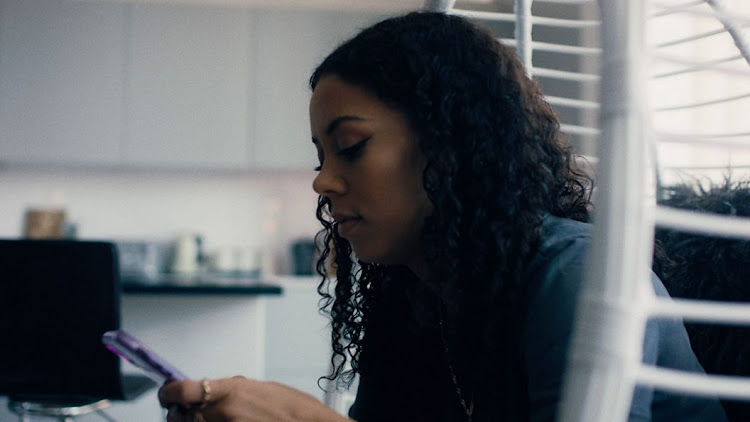 “Throughout the pandemic, we had so many people setting up accounts to try and pay bills or make their way through furlough,” explains Kate. “They have been targeted maliciously, and there’s not really anywhere to turn for support with that.”

She said: “We see two sorts of cases. Sometimes content is shared in a malicious way with people [the victim] knows, so it might be that someone from their high school or hometown finds their profile on an adult site and shares images around a group chat.

“Then there’s the straightforward case of someone signing up, paying the subscription, and screenshotting everything on the page. They’re two quite different behaviours.”

Subscription site OnlyFans, a popular platform for adult content creators to post on, claimed user numbers rose considerably during the Covid pandemic and says it has over two million content creators worldwide.

The law is not always fit for purpose'

“The law is not always fit for purpose,” she says. “Where it says ‘private sexual images’, it limits what is included in that. If someone has produced a sexual image and shared it to a site such as OnlyFans or any kind of fan site, it’s technically no longer private, so that law can’t always be used, and it doesn’t always fall within the remit of what we can help with.”

What does the law say?

"Private sexual images" are defined as images showing anything that you wouldn't usually see in public. This doesn't have to be explicit images of someone's genitals – it can be anything a "reasonable person" would consider sexual, so this could be an image of someone engaged in a sex act or doing something that could be perceived as provocative.

It is currently classed as a "communications offence" rather than a sexual offence, meaning victims do not automatically receive anonymity as they would with a sexual offence.

The increase in calls to the helpline from people involved in sex work led to it working on a new resource – the sex workers’ online safety hub, or SWOSH.

“We did a big research project with a survey and interviewed people, and devised this website,” says Kate. “It’s in testing mode at the moment but we hope to fully launch at the end of April. It has clear, neutral advice about online safety, and it talks through DMCA [Digital Millennium Copyright Act] processes to get content removed if your images have been shared.”

'OnlyFans is my main source of income'

The potential dangers of posting adult content online are explored in new BBC Three drama Mood, where the lead character Sasha starts uploading explicit images to a subscription site after seeing the success her flatmate Carly was having.

Unemployed and struggling to make it as a singer, Sasha was feeling increasingly desperate for a way to make money – just like those who lost income due to Covid.

Content creator Florence Bark, 30, signed up to OnlyFans at the start of the pandemic in 2020, when her other line of work – directing corporate videos for brands and advertising – dwindled due to Covid.

“Weirdly, it’s kind of similar to Sasha’s storyline in Mood, as my flatmate was webcamming and said I could make some extra money doing it,” she says. She also runs a sex education YouTube channel and podcast, which she says helped her build an audience quickly on OnlyFans.

“OnlyFans is my main source of income,” she says. “I don’t put pornographic content up, I do suggestive, non-explicit stuff so I do nudity but I won’t show my genitals. I’m making over two grand a month.”

Nicôle Lecky, who wrote Mood and plays Sasha, said she was inspired by the rise in people in turning to sex work due to Covid when she wrote the drama.

"It was really important for me to identify both sides of why somebody [might] be working as a sex worker and to unpick the exploitation versus liberation,” she said in a previous interview.

"That's a question I've been asking myself across the series when I was writing it and I think people are going to ask themselves those questions when they watch it.

"You just have to look at lockdown and understand that there was a huge rise in sex work and that was online and people were facing a lot of economic difficulty at the time.”

'Educate yourself about what you're signing up for'

It’s almost impossible, though, to remain anonymous in this line of work, says Florence. She’s also experienced having images stolen.

“You need to put yourself out there on other platforms like Twitter that are public, you have to be okay with all your content being out in the world. I’ve had photos [from OnlyFans] leaked onto other sites. OnlyFans have a really good support team though – they got them taken down.”

But while more successful creators like Florence see the possibility of image leaks as an unfortunate occupational hazard, Kate says it can be much more damaging for others.

“It can be incredibly harmful if they’ve got a second job or a family that don’t know they do that,” she says.

For people doing or considering online sex work, she stresses the importance of being fully informed. “Educate yourself about what you’re signing up for and make an informed decision about whether it’s something you want to do,” she says.

Florence echoes that sentiment: “People assume it’s not hard work, that it’s a really easy way to make money. But it’s a business and it takes a lot of maintenance to keep it going. I’ve known people who struggle with it – you don’t make the big cash for a long time.”

OnlyFans said in a statement: “Unfortunately, there is no way we can prevent anyone from taking screenshots or recording their screen. We would like to add that all users agree to follow our Terms of Service, so they must act within the basic boundaries of international copyright regulations since content providers own exclusive rights to all posted media.

“Any stolen content can be reported to our DMCA team and will be taken down as soon as possible. In case you have any proof that a certain OnlyFans creator's content has been leaked, you can provide us with their username and direct links to the corresponding third-party websites/social media and let us know the username of the user you suspect in it so that we could investigate this further.”

Majority of sexual violence perpetrators are known to victims - experts

People who have shared interests, temperaments and all that do tend to be more likely to date.
Sasa
3 months ago
WATCH: The latest videos from the Star
by BBC NEWS None
News
03 April 2022 - 14:40