Our priority is creating jobs for Kenyans, not positions, Ruto says

Ruto said that he will prioritise on the Big Four Agenda.

• DP Ruto asaid that his team will not be intimidated by the threats from the opponents.

• Further, Ruto asked Raila to stop whining about where he gets his money. 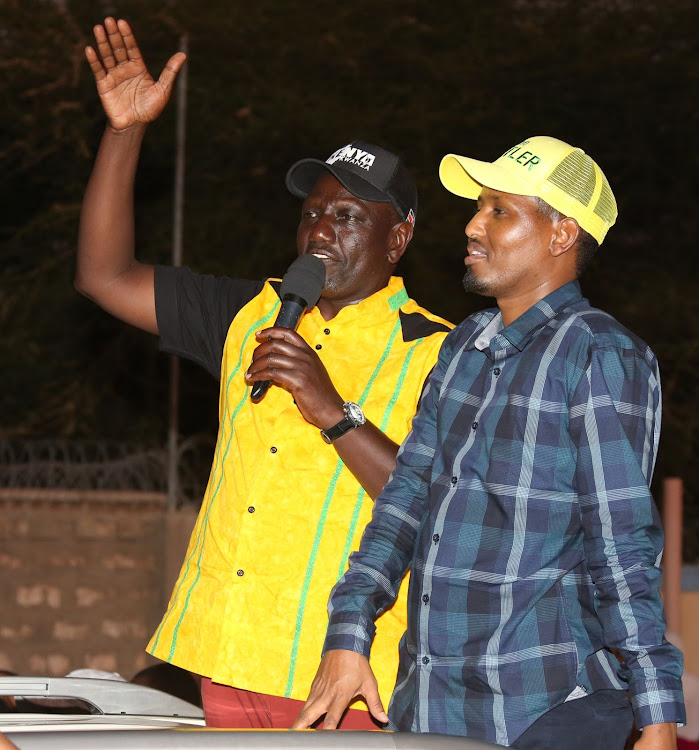 Deputy President William Ruto has said Kenyans are not interested in changing the Constitution but in improving their livelihoods.

Addressing residents of Wajir County on Thursday during the Kenya Kwanza Alliance rally, Ruto said that his opponents do not have an agenda that will change the lives of Kenyans.

“You all know our opponent is interested in changing the Constitution and creating positions for his allies. He is planning to revive reggae," Ruto said.

“We have to be talking of how we are going to create jobs for our youths, uplift the life of the common man and other issues but not change the Constitution."

Ruto added that his team will not be intimidated by the threats from the opponents.

“Do not accept our opponents to sell us fear, divisions, and tribalism. We are telling them Kenya belongs to all of us and we are all equal."

He said he was ready to prove to the Azimio team that he is a worthy competitor.

The DP said his government will create jobs for more than four million youths who have graduated from different learning institutions in his first year in office.

He said the state will not intimidate his team or any other person because they disagree.

“The government cannot intimidate anybody and I am the Deputy President of that government that is threatening those who do not agree with those in power."

Ruto said that he will prioritise the Big Four Agenda.

He said his administration will invest Sh100 billion in small and medium enterprises to support young people.

“It is our responsibility to support all kinds of businesses even the small ones and we shall ensure there is Sh50 billion for small-scale businesses,” Ruto said.

Further, Ruto asked Raila to stop whining about where he gets his money.

“Raila should not be worried when I donate money to Kenyans. Two million is very little money and this year alone we shall take government money and invest in small businesses,” he said.