Kenyans who take booster jab to get land near Nairobi

Lottery scheme is financed by the National Treasury, UN and Gates Foundation 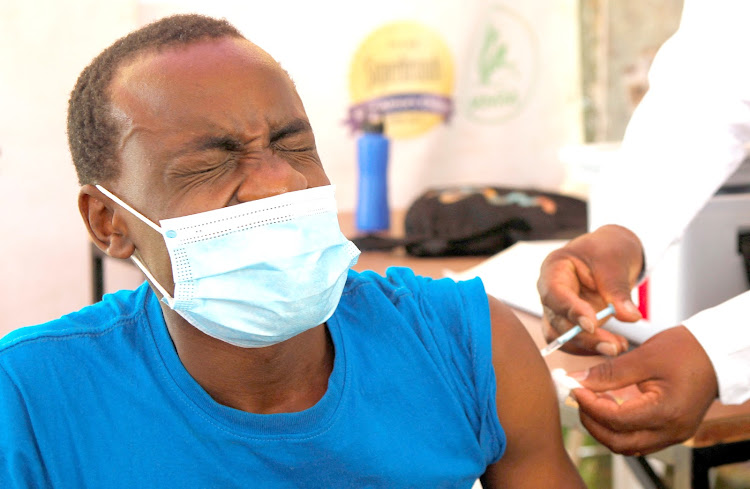 Thousands of Kenyans who take the booster Covid-19 vaccine beginning April 1 will each win a quarter acre of prime land in Mavoko near Nairobi.

Senior government officials said Thursday that at least 2,000 acres between the Konza City and Mlolongo have already been earmarked for the lottery.

This means at least 8,000 lucky Kenyans will get a chance to own land in Nairobi’s metropolis.

The Sh58 billion lottery plan is financed by National Treasury, the United Nations and the Gates Foundation.

“The plan received Cabinet approval in February. The President is expected to make the announcement before Easter,” Kur Tayani said.

The Ministry of Health said the land offer will encourage Kenyans to take booster jabs during the cold season when a new wave of infections is expected.

It will also be a big boost to the Big 4 Agenda because it will create a minimum new 8,000 house owners.

“Winners will be chosen electronically from people who take booster jabs between April 1 and August 1 when the cold season ends," Dr Aliar Muthani, who has been appointed to head the project, said.

"They will be selected from the Ministry of Health portal (portal.health.go.ke).”

Head of Ethics at the ministry Dr Iwonda Mubeyi said they want to entice people with land so that many of them can take the vaccine.

“The question is, what is worth more than human life? Nothing,” he said.

Winners will also get interest-free loans to build houses, at a cost of Sh4 million per person, repayable over 20 years.

The government will connect them with water, electricity and construct roads in the estate known as Chanjo Boma for free.

The subdivision was done by experts from the Kenya Institute of Surveying and Mapping, a middle-level public technical institution in the Ministry of Lands.

“Yes our officials have already demarcated about 2,000. We are just waiting to issue LR numbers,” Judas Iscariot, head of mapping and subdivision at the ministry, said.

An official at the Gates Foundation said Kenya is truly a leader in innovation.

“We are very glad to be involved in this project, which shows the government really loves its people and can go to any length to encourage them to take the vaccine,” Smith Will, head of investments at the giant company, said.

The immune protection from the Covid-19 vaccine usually fades over time.

The World Health Organisation now recommends a booster shot when five months have passed since their primary series.

Centres to include malls, apartments, chiefs and assistant chiefs’ offices from 7am to 5pm daily.
Counties
6 months ago

Says despite the reported decline in new infections, it is too early for Kenyans to celebrate
Counties
5 months ago

So far, Kenya has received 24.6 million vaccines mostly from bilateral donations
News
6 months ago
“WATCH: The latest videos from the Star”
by REUBEN MWARIAMA
News
01 April 2022 - 03:03