Teklemichael has never been seen since his abduction on November 19, 2021.

• A video captured by bystanders showed a man believed to be Teklemichael being roughed up and forcefully removed from his car by unknown men in civilian clothes before being bundled in a Subaru Forester.

• In the video that went viral, Teklemichael could be heard pleading with witnesses at the scene to record his capture. 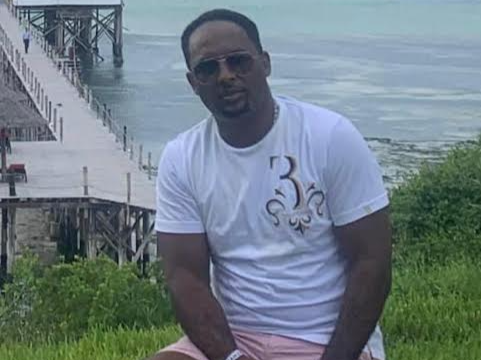 Samson Teklemichael in a past photo. He has been missing since November 19 when he was abducted in Kileleshwa, Nairobi.
Image: Handout

The Ethiopian government has appealed to Kenyan authorities to expedite investigations into the whereabouts of Ethiopian businessman Samson Telkemichael who was abducted late last year in Nairobi.

Ethiopian Ambassador to Kenya Meles Alem told the BBC they appealed to the Kenyan government to help trace the businessman but they are yet to receive feedback on the progress.

“We appealed to Kenyan authorities to help trace his whereabouts. The information we have as an Embassy is that we will continue waiting until investigations are concluded by the police and we are waiting to receive more information.”

A video captured by bystanders showed a man believed to be Teklemichael being roughed up and forcefully removed from his car by unknown men in civilian clothes before being bundled in a Subaru Forester.

In the video that went viral, Teklemichael could be heard pleading with witnesses at the scene to record his capture.

A traffic police officer on a motorbike drove by and momentarily observed the incident before riding off.

Teklemichael has never been seen since the incident happened on November 19, 2021.

Teklemichael is a businessman in the oil and gas business. He is from Tigray, the troubled region of Ethiopia that has experienced instability for the past 16 months.

At the time of his abduction, he was driving a Bentley on Loitoktok Road, Kileleshwa, Nairobi.

He was flagged down by people believed to be police officers.

His wife, Milen Mezgebo, told the BBC she has never been contacted since she reported her husband’s disappearance to the police soon after his abduction.

“My kids are tortured every day. They have seen the video but there is no one who has called me. The day I recorded my statement with the police is the last time I ever had contact with the police,” Mezgebo said.

A report by Amnesty International indicates that there was an upsurge of abductions in Kenya in 2021. Police are alleged to have been involved in some of the abductions.

Police spokesman Bruno Shosio, however, defended the police over the allegations.

“We have no reason to be involved in such incidents. That is a high profile crime. Our work as police is to fight such crimes,” Shosio said in the BBC report.

“We are also interested in knowing who are these gangs involved in these crimes...but the most important thing is finding out where Samson is.”

Asked why the uniformed police officer who witnessed Teklemichael’s abduction did not intervene, Shosio said: “We followed it up and found out that the officer was delivering some letters when he witnessed the incident, but they (the abductors) told him they were police officers.

“He concluded that those were CID officers doing their job and he left,” Shosio said.

Says in the event her husband returns alive, they will move out of the country.
News
1 year ago