Mukhtar was among the leaders who attended the Azimio rally during Raila's visit.

• Garissa Township MP Aden Duale was among the leaders at the DP's official residence home in Karen, Nairobi.

The DP said that Mukhtar was endorsed by some leaders from the country to vie for the governorship seat on the UDA ticket.

“Congratulations Ahmed Ali Mukhtar on your endorsement as the UDA Gubernatorial aspirant for Wajir County. You are in the winning team,” Ruto said.

Mukhtar is among the leaders from the area who had earlier sided with the Azimio la Umoja Movement flag bearer Raila Odinga during his recent visit to the county.

They had promised to deliver all the elective seats and presidential votes.

At one point, Mukhtar served as the governor when the embattled Garissa Governor Mohamed Abdi was impeached, only to be restored by the court after challenging his impeachment.

Recently, the Court of Appeal rejected a request by Mukhtar to remain in the office of the governor after the High Court quashed the impeachment of Abdi. 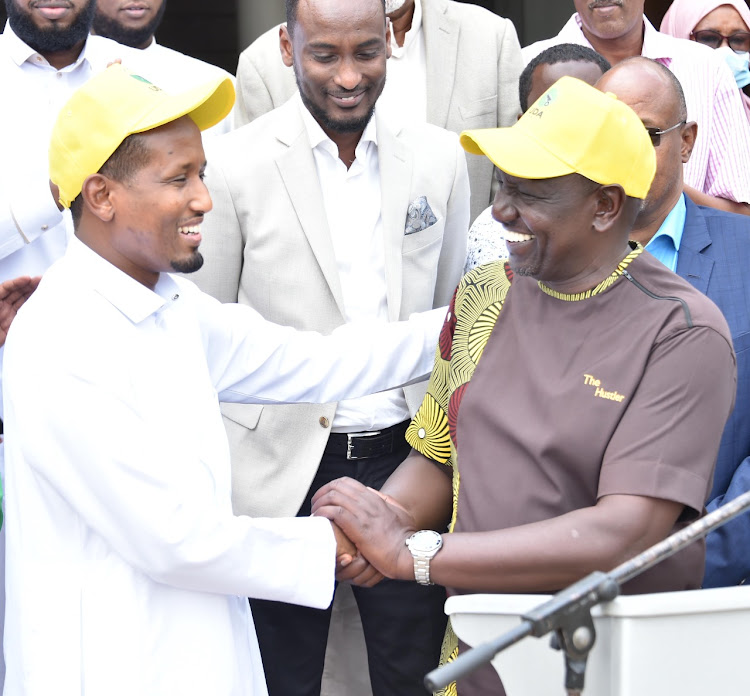 Since 2017, Wajir  County has been making headlines for different reasons.

It has been marred with corruption cases, raids from the anti-corruption commission sleuths as well as impeachment and court cases.

Muktar had appealed against Abdi's reinstatement and sought orders to have him remain in office
News
2 months ago
WATCH: The latest videos from the Star
by KEVIN CHERUIYOT AND SHARON MWENDE
News
25 March 2022 - 17:18