• The DP arrived with the Safina Presidential aspirant Jimi Wanjigi accompanied by a number of Kenya Kwanza Kwanza Alliance MPs. 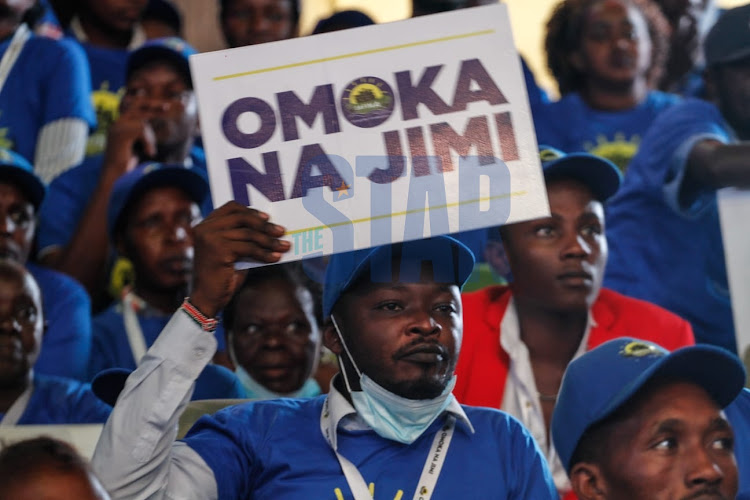 Safina Party guests at the Bomas Of Kenya Baraza Hall ahead of the party NDC that will endorses it's presidential flag bearer Jimi Wanjigi.
Image: ENOS TECHE

Deputy President William Ruto has arrived at the Safina Party National Delegates Convention meeting that is underway at the Bomas of Kenya.

The DP arrived with the Safina Presidential aspirant Jimi Wanjigi accompanied by a number of Kenya Kwanza Kwanza Alliance MPs.

At least 2000 delegates have been in a meeting at Bomas of Kenya since 10 am.

Wanjigi stated that he has not given up on being Kenya’s next president and he will do that under the Safina party.

Wanjigi claimed that his exit from the ODM party was due to the violence subjected to him during the party’s National Delegates Congress(NDC) at Kasarani stadium.

Over 2,000 delegates expected to attend the event.
News
2 months ago

Wanjigi will use the occasion to share his vision for the country.
InPictures
2 months ago
WATCH: The latest videos from the Star
by KEVIN CHERUIYOT and ALLAN KISIA
News
21 March 2022 - 15:12