Over 2,000 delegates expected to attend the event.

• Last month, Wanjigi accused Raila, and President Uhuru Kenyatta of working hard to stop him from vying for office.

• The NDC will be preceded by a meeting of the National Executive Committee. 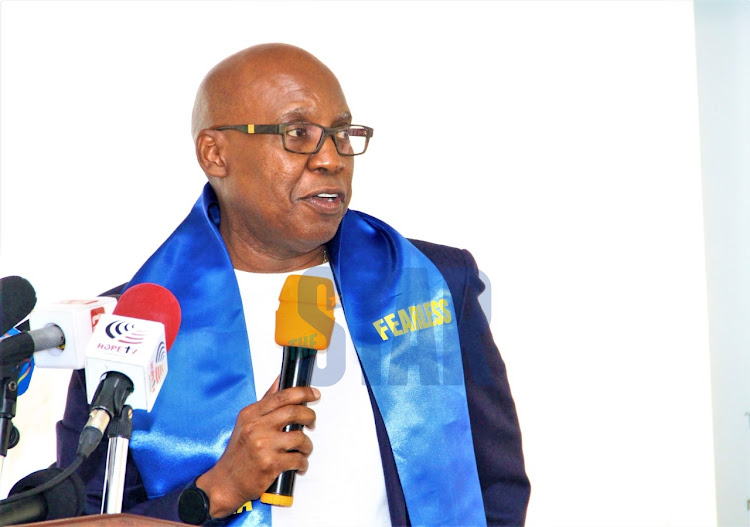 Safina Party delegates will convene for the National Delegates Convention on Monday at the Bomas of Kenya from 10am.

The party said that the historic event that will be attended by over 2,000 delegates will be led by the party leader Paul Muite.

“He will use the platform to share his vision and hope for Kenya while outlining strategies that he intends to employ to restore the economy and create a fresh start for the country,” the party said.

The NDC will be preceded by a meeting of the National Executive Committee.

Safina became a new home to the businessman Wanjigi after ditching the ODM party of Raila Odinga after he was kicked out during the ODM NDC at Kasarani stadium.

Last month, Wanjigi accused Raila and President Uhuru Kenyatta of working hard to stop him from vying for office.

He accused the two of planning to do whatever it will take to stop him.

"Odinga is in cohort with President Uhuru Kenyatta and they want to stop my presidential bid by whatever means but I will not be a cowed," he said.

He said his exit from ODM was because he was kicked out during the party NDC.
News
2 months ago

ODM is also the most preferred party in Mombasa with 46 per cent support.
News
2 months ago
WATCH: The latest videos from the Star
by KEVIN CHERUIYOT Online Journalist
News
20 March 2022 - 19:11