Ruto said the two Handshake brothers are not familiar with poverty.

• Ruto said Uhuru and Raila are not familiar with poverty.

• He added that two have no understanding of the basic needs of ordinary Kenyans. 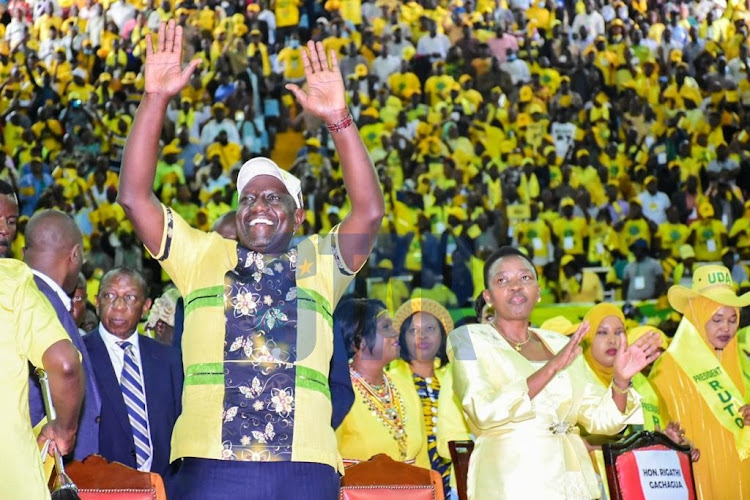 Deputy President William Ruto has urged the Nairobi residents to turn up in large numbers come August 9, and vote for his presidency.

On that backdrop, the DP said the two have no understanding of the basic needs of ordinary Kenyans who are struggling to eke a living.

Loosely translated to: "I want to tell you, those handshake brothers have never sought job opportunities, and they have never gone to bed without food. The handshake brothers don’t understand what poverty is. That’s why when we say we should create jobs for the youths, they prioritise amendment of the Constitution".

At the same time, the DP told the government not to use the Forest Road incident to criminalise the boda boda operation in the country.

The DP added that government should also move with speed to arrest the Kemsa scandal beneficiaries, just as they handled the Forest Road case.

This loosely translates to:

"Those who assaulted a woman here at Forest Road are like the people who stole Kemsa's money. Just like the Forest Road suspects, they should be arrested as well."

“We must elect the leaders who understand the problems of Kenyans, not the children of the privileged.”

The DP defended the boda boda riders saying that his government will ensure that they access loans to support their businesses.

The delegates endorsed Ruto after a closed door session on Tuesday.
News
2 months ago