• He said parties that signed the agreement did so in their individual capacity.

ODM leader Raila Odinga's Presidential Campaign Secretariat has denied a coalition-to-coalition deal with OKA clarifying that the 24 political parties that signed on Saturday did so in their individual capacities. https://bit.ly/36eGQSQ 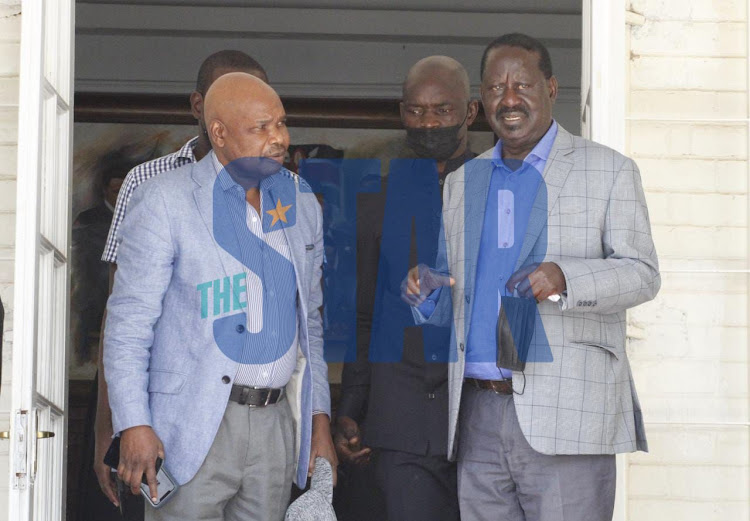 ODM leader Raila Odinga's Presidential Campaign Secretariat has denied a coalition-to-coalition deal with OKA clarifying that the 24 political parties that signed on Saturday did so in their individual capacities.

In his address to the press on Monday, the spokesperson of the team Makau Mutua said there was no way they could ink a coalition-to-coalition because the new political parties law does not allow for such an arrangement.

However, Mutua said such was not agreed upon during the signing ceremony.

He added that the parties joined the movement individually, and not as coalitions.

Ndiritu while dismissing the Azimio -OKA Alliance said the 24 political parties which signed including Kalonzo's Wiper did so in individual political outfits.

"According to the law, one political party cannot be a member of two coalitions that is why on Saturday the SGs of the parties signed for their individual Parties," Nderitu said.

On Saturday, 26 political parties including the Wiper party, officially signed the coalition agreement committing to work with Azimio.

It is during the same function that Raila was named as the coalition's flagbearer.

He said that most of the parties were not aware of what they signed.
News
10 months ago