• Moses Wetangula assured the president that he will be safe in Kenya Kwanza Alliance's government. 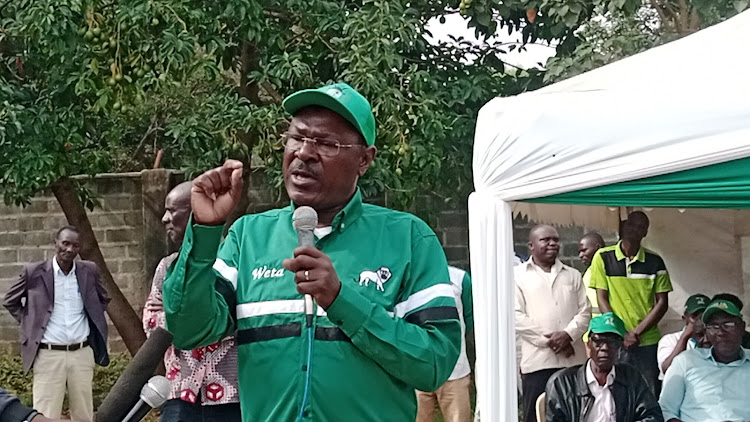 Ford Kenya leader Moses Wetangula has weighed in on the endorsement of the ODM leader Raila Odinga for the top seat by President Uhuru Kenyatta.

Mama Monica succumbed to heart failure while receiving treatment at Aga Khan Hospital in Nairobi on Sunday, February 20 at the age of 93.

Wetangula said they will take good care of the president once he retires after the August polls.

“President, don’t you worry. You’ll be in safe hands with our government. We will give you the dignity and respect of a retired president, the same way Mzee Kibaki is enjoying his retirement, you’ll enjoy the same." he said.

"So, if you’ve any fear that you’ve to create a stooge and a puppet to protect you, that fear should be put aside.”

The Bungoma senator also asked the residents to be bold in their decision and that they should not buy the Azimio la Umoja Movement agenda.

“Mambo ya kitendawili tuliacha kitambo. We dropped it like a bad habit. And we are going to form a new government that will respect everybody.”

Say the move represents the desires of the community and is aimed at ensuring the country is united.
Counties
2 months ago

Ruto dodges clash with Uhuru, accepts decision to back Raila