Nyaloti on Monday ruled that the case had been closed following the delay.

•According to the DPP, Linturi's utterances could incite contempt, hatred, hostility, violence or discrimination. 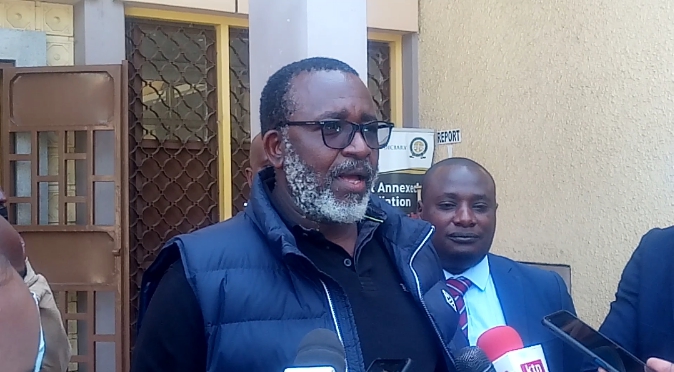 Meru Senator Mithika Linturi will not take a plea over alleged incitement charges.

This is after the prosecution failed to prefer charges against him within the allocated time.

Consequently, Nakuru Chief Magistrate Edna Nyaloti on Monday dismissed the miscellaneous application by detectives who had sought to investigate the Senator for incitement.

"This miscellaneous application is therefore withdrawn, the file be closed and the cash bail be released," the chief Magistrate ruled.

The prosecution said they had withdrawn the miscellaneous applications as they awaits several areas to be covered by the investigating officer and charges to be preferred later.

The Office of the Director of Public Prosecutions (ODPP) said in a tweet said that they had returned the file to the NCIC to fill in the gaps in the case.

"ODPP will make the decision to charge once investigations are complete in the ethnic Contempt Case against Senator Linturi. ODPP returned the file to NCIC to cover outstanding investigation gaps before resubmission."

Mutuma added that the decision has confirmed their fears that the case was politically motivated and its intention was to silence his client.

"It might be over for the DPP but for us, we are just beginning, we have already launched a constitution petition in the Nakuru high court and the matter will come up for mentioned tomorrow before Justice Ngugi," Mutuma said.

Among the things the defence want to achieve is a declaration that the constitutional rights of the accused person, including the rights to freedom, dignity and economic rights were violated.

ODPP will make the decision to charge once investigations are complete in the Ethnic Contempt Case against Meru Senator, Mithika Linturi. ODPP returned the file to NCIC to cover outstanding investigation gaps before resubmission. #HakiNaUsawa

Linturi was arrested by detectives at Eka Hotel in Eldoret on January 9, over alleged utterances he made at a rally in Eldoret, and taken to Nakuru, Nairobi and back to Nakuru.

His Madoadoa remarks are said to have evoked memories of past episodes of pre and post-election ethnic violence where certain communities were attacked for not supporting a candidate from the larger host community.

He was taken to Nakuru law courts where the prosecution sought to detain him under miscellaneous application as they finalised on the investigation.

He was released on a Sh 2million cash bail.

As we approach the general election in August, we should learn from history
Opinion
5 months ago
WATCH: The latest videos from the Star
by MUNYUA WAIYAKI
News
28 February 2022 - 10:43