The leaders made their way to the Kasarani indoor arena some minutes to 3 pm.

• The leaders made their way to the Kasarani indoor arena some minutes to 3 pm. 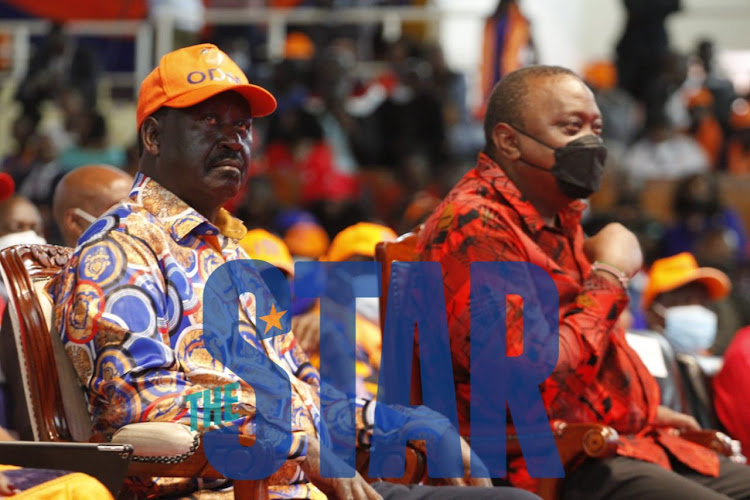 President Uhuru Kenyatta and his handshake partner Raila Odinga have arrived at Kasarani gymnasium, the venue of the ODM National Delegates Convention (NDC).

The leaders made their way to the Kasarani indoor arena some minutes to 3 pm amidst song and dance from ecstatic delegates.

The President is expected to lead at least 13 Azimio La Umoja parties to unveil the former Prime Minister as the coalition candidate in the August 9 presidential contest.

The leaders had earlier attended the ruling party's Jubilee's NDC meeting at KICC.

Post a comment
WATCH: The latest videos from the Star
by LUKE AWICH Political Reporter
News
26 February 2022 - 15:11
Read The E-Paper