Health experts: Why sale of prescription drugs on internet is a concern

• Amoxicillin is a penicillin antibiotic used to treat bacterial infections, such as chest infections including pneumonia and is only available on prescription.

• Unlike over the counter drugs, when used as prescribed by a doctor, prescription medicines can be helpful in treating many illnesses 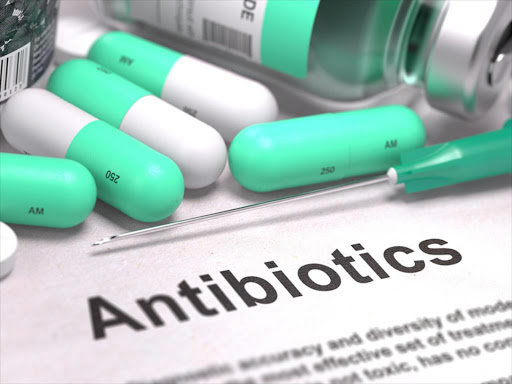 Antibiotics are a critical tool for fighting infection./courtesy

Health experts have raised concern over the selling of Amoxicillin, a prescription-only drug on online sites.

This is after adverts of the drug were seen on one of the leading e-commerce sites, raising questions on how Kenya will be able to fight the ever-rising burden of antimicrobial resistance.

Amoxicillin is a penicillin antibiotic used to treat bacterial infections, such as chest infections including pneumonia and is only available on prescription.

Unlike over-the-counter drugs, when used as prescribed by a doctor, prescription medicines can be helpful in treating many illnesses, but when these medicines are misused, they can have serious consequences.

The Pharmaceutical Society of Kenya noted that even though internet selling is here to stay, the trend by online platforms of advertising and selling prescription medicines outside of the Pharmacy and Poisons Board rules and guidelines is a threat to national security.

The PSK CEO Dr. Lucas Nyabero on Thursday told the Star on the phone that interaction with a patient is key for the pharmacist as it helps get a lot of information that will help in giving the right drug in the right doses.

This, he said, includes understanding why the patient wants the drug, his lifestyle, the supplements they are using, what they eat, and what time to be able to tell which drug will work best.

“Those who are selling it online, the question is what information are they getting from the patient to ascertain that this is the right drug for the right time and effective,” Nyabero said.

Resistance to antibiotics arises when infections caused by bacteria, viruses, fungi, or parasites become resistant to drugs designed to treat them.

Experts in the recent past have raised the alarm that treatment of diseases such as malaria, tuberculosis, and HIV/AIDs is at risk from the threat of resistance to antibiotics unless urgent action is taken to reverse the trend.

Without effective antimicrobials, the success of modern medicine in treating infections, including during major surgery and cancer chemotherapy, would be at increased risk.

“Up to 30 per cent of patients who undergo surgeries could die from resistant bacterial infections. Between 2016 and 2017 a situational analysis carried out in Kenya showed that this problem is with us,” Dr. Ramona Ndanyi said.

WHO has also associated the problem with a lack of clean water and sanitation and inadequate infection prevention and control, which in turn promotes the spread of microbes, some of which can be resistant to antimicrobial treatment.

The global health agency warns that the cost of AMR to the economy is significant.

In addition to death and disability, prolonged illness results in longer hospital stays the need for more expensive medicines, and financial challenges for those impacted.

High rates of resistance against antibiotics frequently used to treat common bacterial infections, including urinary tract infections, sepsis, sexually transmitted infections, and some forms of diarrhea have been observed worldwide, indicating the world is running out of effective antibiotics.

Just last week, a study released by KEMRI found that more than half of HIV-positive babies in Kenya are already resistant to one or more ARVs even before they begin treatment.

The study found that the infants had lower resistance to some of the ARVs known as the nucleoside reverse transcriptase inhibitors.

Health risks of antibiotic misuse and abuse amid Covid-19

The use and abuse of antimicrobials has been identified as the hidden threat lurking behind the pandemic.
News
4 months ago

We’re not working fast enough on antimicrobial resistance in Africa and around the world.
Opinion
5 months ago
by MAGDALINE SAYA REPORTER
News
24 February 2022 - 22:43