PAA said the ODM party has refused to involve them in the preparations for Raila visit.

• The party said the ODM party has refused to involve them in the preparations for  Raila visit.

• Raila is set to have a series of rallies ion the Coast region beginning Saturday. 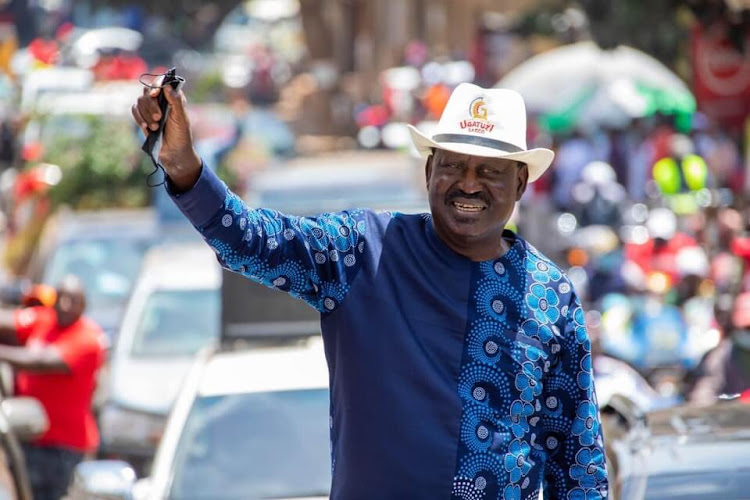 In a statement on Friday evening, the party said it has been sidelined in the arrangement of the tour it deemed was premised on the Azimio La Umoja movement.

The party said the ODM party has refused to involve them in the preparations for Raila's visit.

"We regret to note that the ODM on the ground has refused to work with other parties terming the visit by Raila "an exclusive ODM tour".

"To this extent, PAA will not participate in meetings organized solely by one constituent member of the Azimio la Umoja to the exclusion of others," the PAA party said.

PAA party notes that it was notified about Raila's visit as a member of the Azimio La Umoja and they, therefore, expected to play a role in the planning.

The party said they were to coordinate Raila's visit as a team but that has not been the case.

"As a party, we were informed that the Rt Hon. Raila Odinga was scheduled to tour the coast region from Saturday the 19th of February under the Azimio la Umoja Movement which brings together like-minded parties.

"We were further informed that joint organizing g committees drawing membership from all parties under Azimio la Umoja would be in charge of this tour," the party stated.

The outfit said it will only take part in meetings held under the umbrella of Azmio La Umoja and whose planning and execution involve all players in support of the movement.

PAA, however, reiterated its commitment to the movement saying they are still eyeing to join the movement.

"We remain committed to joining the Idea of "Azimio La Umoja" which is the champion of national unity irrespective of religion tribe and or political affiliation," PAA noted.

The rising sibling rivalry seeks to cause a tiff within the Azimio movement which is backed by several parties.

Raila who arrived in the country on Friday is set to have a series of rallies in the coastal region.

The two leaders are jostling for roles in preparations for Raila's mega rally.
News
9 months ago