Board CEO says release of the funds pegged on exchequer disbursements 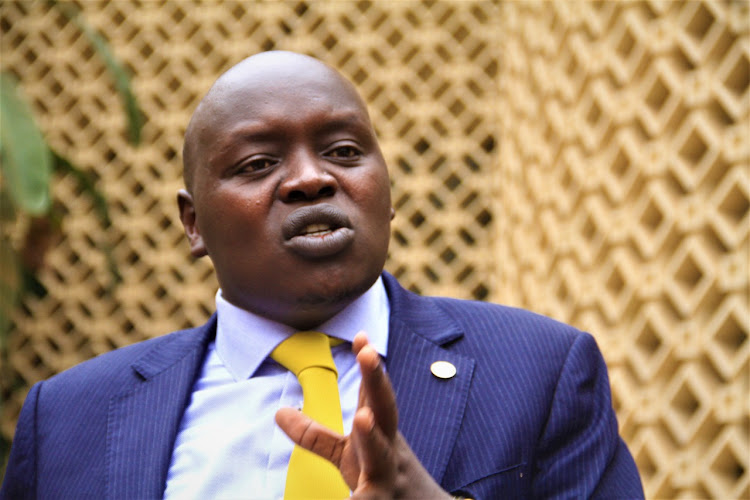 Helb boss Charles Ringera has blamed the National Treasury for the delayed disbursement of students’ funds as senators summon him amid fierce public uproar.

Ringera told the Star on Thursday that delayed release was not the making of the institution, adding that release of the funds was pegged on exchequer disbursements.

“This (money) was held back because of delays by the Treasury. The other ones we pay as institutions open,” he said.

The Higher Education Loans Board CEO, however, stated that the first batch of the funds has already been disbursed to various institutions.

Ringera spoke in the wake of ferocious uproar from the students and general public that has led to his summoning by a Senate committee.

Last week, Embakasi East MP Babu Owino, a former student leader at the University of Nairobi, threatened to mobilise students for a mass demonstration over the delayed release of the loans.

However, he shelved the plan after Helb announced the partial release of funds to various institutions for students’ tuition fees.

Ringera is expected to appear before the senate’s Education committee after Nandi Senator Samson Cherargei sought the House’s intervention to release the funds.

He said the students, most of them from poor families, are undergoing untold suffering because of the inordinate delays to disburse the cash.

The CEO will appraise the Senate on the financial position of Helb and state whether the institution is able to meet its financial obligations to students.

“He should provide a comprehensive report indicting the number of students who have received funding from Helb in the last two years, those awaiting disbursements and deficits the Board is experiencing,” Cherargei said.

The lawmaker also wants the CEO to state the interventions the Board was applying to alleviate the status of the students awaiting disbursements.

He said that he majority of the students entirely depend on Helb’s support for fees and upkeep.

Ringera will also be expected to tell the committee chaired by nominated senator Alice Milgo whether Helb has any arrangements with institutions of higher learning to allow students be admitted as they wait for disbursement of funds.

Helb gives loans to students admitted to both public and private universities as well as those in technical and vocational institutions.

Government-sponsored students are funded by Sh70,000 capitation that is paid directly to universities and they are expected to meet the other costs using the loan they get from Helb.

The government gives capitation based on the number of students and the cost of courses at the universities.

Under the model, the government should ideally cater for 80 percent of the unit cost while the remaining 20 percent is borne by the students and the institutions.

Babu asked all the universities in the country to be ready for the demonstration.
News
7 months ago
Post a comment
WATCH: The latest videos from the Star
by JULIUS OTIENO Journalist, Political and Parliamentary Reporter
News
10 February 2022 - 23:00
Read The E-Paper