Kariuki said completion rate of projects has been low as projects take long to be completed leading to cost overruns and frustration.

• She said the ministry had a portfolio of 685 projects by June 2020 spread across the country. 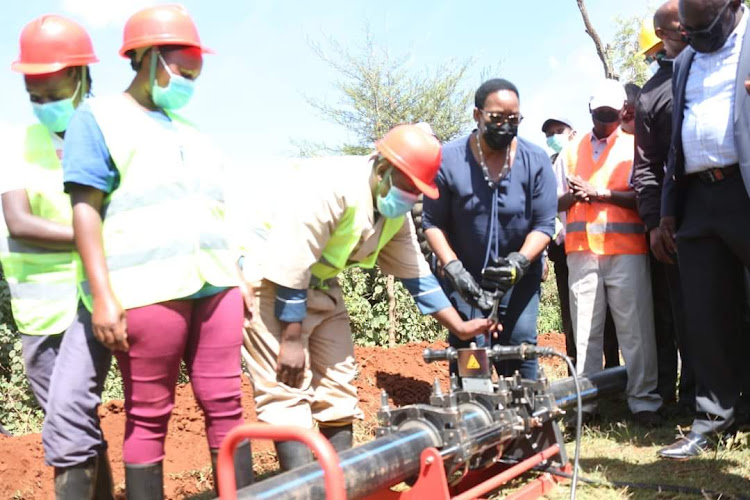 Water CS Sicily Kariuki inspects a water project. The government has invested Sh1.6 billion worth of irrigation in Nyandarua County in the last two years.

Water, Sanitation and Irrigation CS Sicily Kariuki has said that more than 30 million Kenyans now have access to clean water.

She said water coverage has increased from 53.3 per cent in 2013, with 27.7 million people having access to clean water, to the current coverage of about 70 per cent serving 34.8 million people.

“This indicates that 12 million additional people have access to clean water. The ministry plans to increase the coverage to 80 per cent by 2022, including improving access to food security. The sector aims to achieve 100 per cent water coverage both in urban and rural areas,” Kariuki said.

She spoke in Nairobi on Friday, while launching the fifth wave of the Rapid Results Initiative.

On sewerage coverage, the CS said there has been an increase from 22.1 per cent to 29 per cent in urban areas, and that the ministry plans to increase to 40 per cent for urban sewerage and 60 per cent for the non-sewered system by 2030.

Kariuki said, to achieve the three basic human rights, the ministry has embarked on the implementation of water, sanitation and irrigation projects across the country.

She said the ministry had a portfolio of 685 projects by June 2020 spread across the country. Of this, 113 were completed by December 2021 through the third and fourth wave RRI.

The current portfolio is estimated at approximately 650 ongoing projects as of December 2021.

Kariuki noted that the completion rate of projects has been low as projects take long to be completed, leading to cost overruns and frustration by the people the projects are expected to serve. 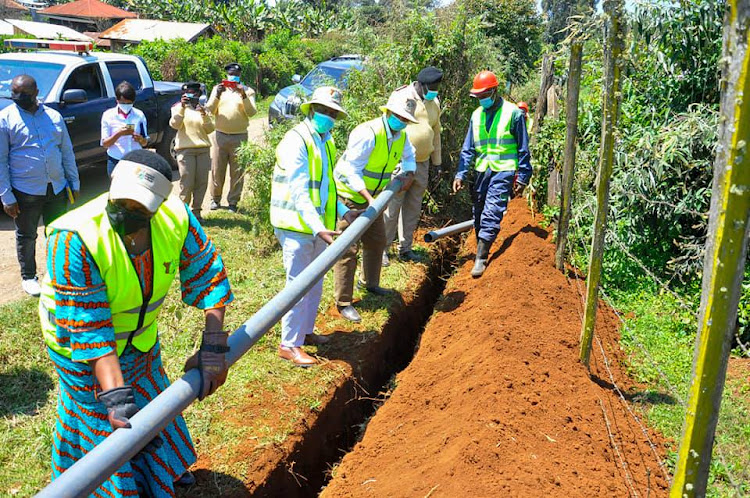 She said the projects will contribute to the progressive realisation of the human right to water and sanitation.

Kariuki said there are 63 projects to be commissioned and handed over this year to benefit 2,730,265 persons to access safe drinking water and an area of 36,495 acres will be put under irrigation, benefitting 44,300 households.

According to the National Irrigation Authority CEO Gitonga Mugambi, currently, Kenya has 530,000 acres developed and irrigation infrastructure put in place for both private and public sectors.

During drought season a lot of rape and underage pregnancies cases are reported as girls and women walk for long distance in search of water.
Counties
10 months ago

80 tanks with 10,000L Capacity each are being delivered to schools and institutions.
News - Page 1
10 months ago

They say Ottichilo’s administration has been taking them round in circles and they are losing patience
Counties
10 months ago
Post a comment
WATCH: The latest videos from the Star
by AGATHA NGOTHO Science Writer
News
29 January 2022 - 15:13
Read The E-Paper