•The irony is that the wrangling entities sit on the KNQA board. 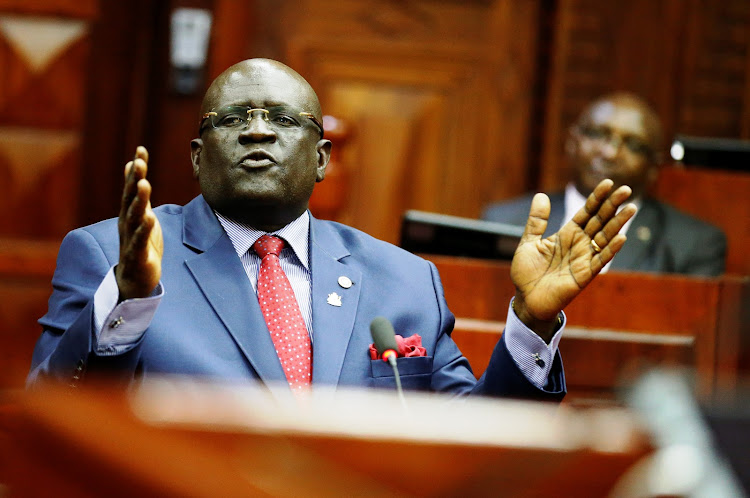 The Kenya National Qualifications Authority and the Technical and Vocational Education Training Authority are fighting over roles.

The row has been sparked by the KNQA’s move to charge fees on students, which TVETA feels are under its jurisdiction.

Lawmakers in the Public Investment Committee of the National Assembly on Thursday cited risks of liability on the part of the qualifications agency.

The concern is that there are certain issues that KNQA is doing which are the mandates of the Commission of University Education, TVETA, and KNEC.

Nairobi resident George Bala sued the CS and six others alleging the KNQA is purporting to recognise, equate, verify, and approve national and foreign academic qualifications when it has no statutory power to do so.

His argument is that the function is vested in the Commission for University Education and TVETA.

KNQA director general Prof Juma Mukhwana was hard-pressed to explain to the committee chaired by Mvita MP Abdulswamad Nassir the legal basis for charging fees on students seeking their services.

It emerged at the meeting that KNQA was executing its operations based on a law that was not ratified by the National Assembly, hence engaging in an illegality.

“The agency can be forced to refund all the money. As they fight each other, we ask whether they are seeing the danger. Do they see the level of liability on KNQA?” he asked.

PIC questioned Prof Juma on why the regulations that were reportedly drawn by Education CS George Magoha were not taken through the parliamentary process to give them weight.

“Efficiency means low legal challenges. The law works that any regulation has to pass through Parliament for it to have a legal standing in line with Statutory Instruments Act,” Nassir said.

Juma, in his response, said he was hearing the claims for the first time having acted on the belief that the CS followed the procedures.

“I am learning that for the first time. I assumed the CS should have passed them through Parliament. I found they had been done and gazetted,” Juma, who joined KNQA in 2018, said.

But Nassir maintained that the information available with the PIC and the Delegated Legislation Committee was the regulations were not approved by Parliament.

“We have realised that lawyers are making a lot of money based on one state corporation fighting another,” Nassir said.

“We will need proof whether these passed through Parliament. One of our roles is to ensure you run in a prudent manner by sticking to the rules,” the MP said.

“It appears you have taken each other to court on something that has no legal basis,” Nassir added.

Tinderet MP Julius Melly said, “The ideal situation should be that you are to the supervisor of the other regulators and not performing their functions.”

The University Act, for instance, says CUE shall recognise and equate diplomas and degrees.

PIC, therefore, holds that KNQA—which was established in 2016 to stem mushrooming of quack colleges—should set standards the other institutions are meant to follow.

But Juma lamented that there was a hidden hand behind the institutions’ latest, dragging his TVETA counterpart into the mire.

He said the state lawyer whom they were instructed by the Head of Public Service to work with to resolve the row, has denied them an audience.

Prof Juma further argued that KNQA doesn’t recognise and equate qualifications by established institutions like TVETs but examination bodies such as Knec and Kasneb.

“Our interpretation of the TVET Act shows they were given a mandate they were not qualified for. TTIs teach but exams come from exam bodies.”

Juma said the main contention has been from TVETA “because we were given a role of recognition of prior learning which CS had assigned us.”

“We were stopped from supervision of prior learning yet we had organised a big launch. The same person (TVETA boss) now says it is not our work.”

But MPs warned the CEO against insinuating that the hidden forces he referred to were the ones that presented the matter to the committee.

The DG was also called out for his contradictory statement that KNQA had not instructed an external lawyer, yet it was the case.

PIC has asked the authority to furnish it with copies of the gazette notice carrying the regulations, letter of consent by the AG, and the MOU KNQA said it signed with the regulators.

Melly said they (the Education committee) started the qualification framework to make KNQA the regulator of regulators.

“This was so that any qualification meets certain standards after we had problems with students graduating in South Africa and Europe,” the MP said.

The irony is that the wrangling entities sit on the KNQA board.

Skilled artisans in Jua Kali sector to be certified