"The more he opens his mouth, the more the people love me," Natembeya said. 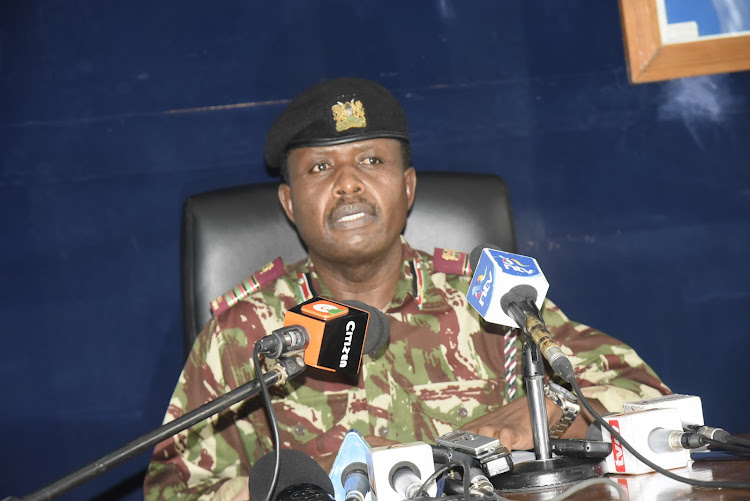 "Kipchumba Murkomenhas no right to appraise me, I’m appraised by the people. For the last two and a half years, I have been the Regional Commissioner -Rift Valley I have gone to Elgeyo-Marakwet County more than he has," Natembeya said during an interview on Citizen TV on Wednesday night.

"The more he opens his mouth, the more the people love me," he added.

A fortnight ago, Murkomen took to  Twitter and decampaigned Natembeya, who is eyeing the Trans Nzoia Governor seat, saying he is not fit to be elected.

"Judging from his performance as RC, such a polarizing, hateful and vengeful dictator is not good for the peace and unity of Trans Nzoia," Murkomen said.

It is on that backdrop that Natembeya fired back dismissing the Senator and his assessment of him.

Murkomen, however, responded to Natembeya again accusing him of "gloating about fictitious success in Rift Valley" which the senator said is non-existent.

"I hear Natambeya is campaigning at citizen tv crossing his legs in pride and gloating about fictitious success in R.Valley. He dares say he is the only this and that. One would think Haji and Chelanga (RIP) never served as PCs RV. His two years were full of the form (drama) no substance," Murkomen said via Twitter.

While declaring his shift to politics, Natembeya said he served the public wholeheartedly.

He also said he had no regrets because every move he made was after extensive dialogue and consultations.

Natembeya thanked President Uhuru Kenyatta for granting him the opportunity to serve Kenyans and his support especially during the two and half years he was the Rift Valley RC.

The region has a myriad of challenges ranging from banditry, cattle rustling, ethnic conflicts due to land and water issues and retrogressive cultures such as FGM.

Natembeya hangs up boots after 26 years in civil service

His staff and administration officers joined the party before going for a photo shoot
News
4 months ago
by SHARON MAOMBO Business Writer
News
27 January 2022 - 16:59