The Kisii Governor described the ODM party boss as the ‘father of devolution'.

• The Kisii Governor described the ODM party boss as the ‘father of devolution' who has unwaveringly fought for the freedoms the country is enjoying today.

• The Kisii Governor was speaking on Monday afternoon at the Agricultural Training Centre in downtown Kisii during a county Azimio La Umoja forum. 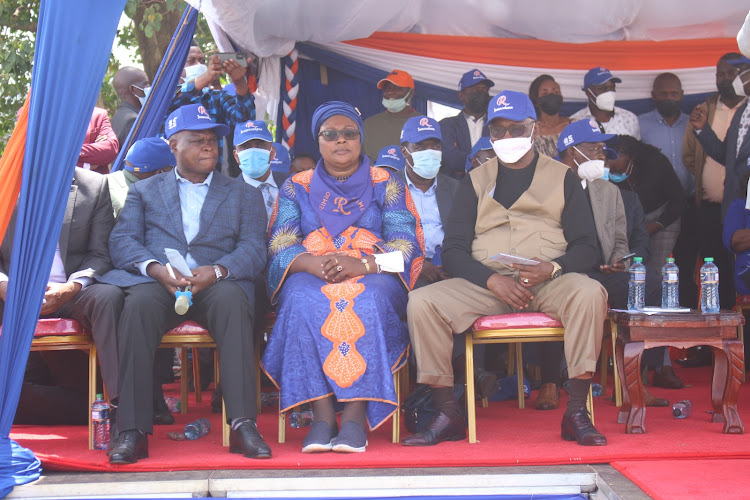 The Kisii Governor described the ODM party boss as the ‘father of devolution' who has unwaveringly fought for the freedom the country is enjoying.

"It is him who has made some of us (counties) reach where we are today. He single-handedly fought for devolution, the fruits which we are reaping today. This is the man that we must rally behind," stated Ongwae.

Ongwae added that Raila strongly needs the collective support of all Kenyans to get to Statehouse.

The Kisii Governor was speaking on Monday afternoon at the Agricultural Training Centre in downtown Kisii during a county Azimio La Umoja forum. 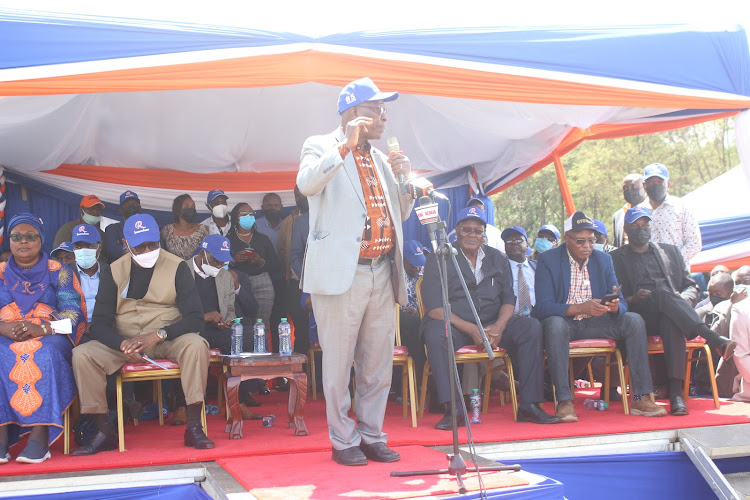 Ongwae said a Nyanza presidency would uplift the lives of millions of people from the region.

"It is easy to get those goods that our people are yearning for if we vote for him," he told the hundreds of supporters who attended the event.

The function was held to drum up support for Raila and bolsters his bid for the presidency.

Ongwae reiterated his position that the party would hold free and fair polls for all aspirants.

"I want to state categorically that the nominations would be without a fault. It would be free and very fair," he said.

The county boss who is part of the Odinga's campaign strategy secretariat said the Gusii region was already reaping immensely from projects Raila had initiated when he was prime minister.

"If you walk around you can witness the massive infrastructural projects going on that we must take pride in as a people," said Ongwae.

Ongeri said: “We are here as leaders from various political parties under the Azimio La Umoja coalition to reiterate that we are firmly behind Raila’s presidential bid. What happened at Bomas was just a passing cloud which should not scare anybody.”

Maangi endorsed Ongwae as the undisputed leader of the Kisii community while Ong’era appealed to Kisii to register as voters in large numbers. 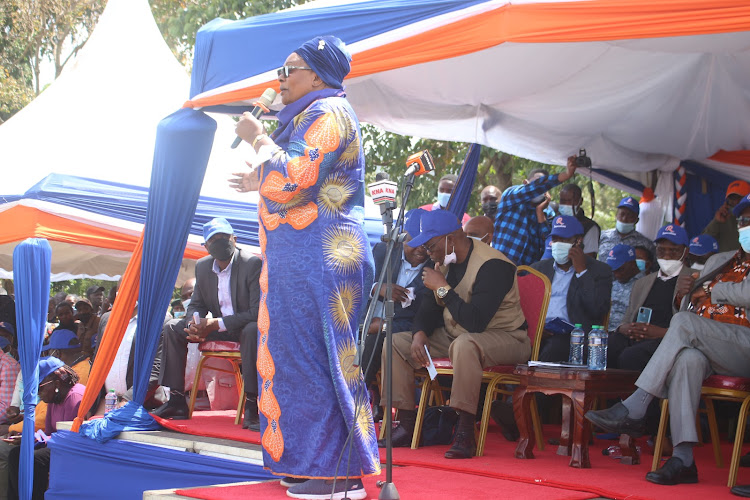 Obure said the Kisii community should vote as a bloc for Odinga.

“I want to make a special appeal to Omogusii all over the country to rally behind Raila’s presidential bid. We expect a huge win for Raila in August because Jubilee Party and ODM are working together,” said Obure.

Speaking on local succession politics, Ongwae said there is no doubt ODM will determine who will be his successor.

He rooted for level headed and peaceful polls among the candidates running for electoral seats.

" I have already taken note there is some level of maturity among those seeking this seat, not in all though," stated Ongwae.

He decried the low turnout at voter registration centres across the county saying only a paltry 8000, so far, have turned up for the voter cards against a target of 101, 000.

He urged all regional political leaders in Kisii and Nyamira to step out and rally people to go for the cards saying only through the cards can Nyanza experience a political shift in the presidency.

His bid was however described as 'swift fire burning through papers' as compared to 'the enduring fire on logs' by candidates Ongeri, Maangi, Ong'era and Nyamweya.

"Be wary of those quick fires. Those that matter most are here," Senator Sam Ongeri said.

Deputy Governor Maangi used the forum to popularize his candidature ahead of the nominations.

He said having served as a Deputy, he has gained the necessary experience to move a step up the ladder.

Nyamweya on his part called for peaceful polls as he rallied for Raila presidency.

27 governors gang up against Ruto, back Raila

The governors have outlined reasons why they will not back a Ruto presidency.
News
3 months ago

Treasurer Magara urges losers in the primaries not to quit but instead continue supporting the party
Counties
3 months ago
by ANGWENYI GICHANA and MAGATI OBEBO
News
24 January 2022 - 18:03