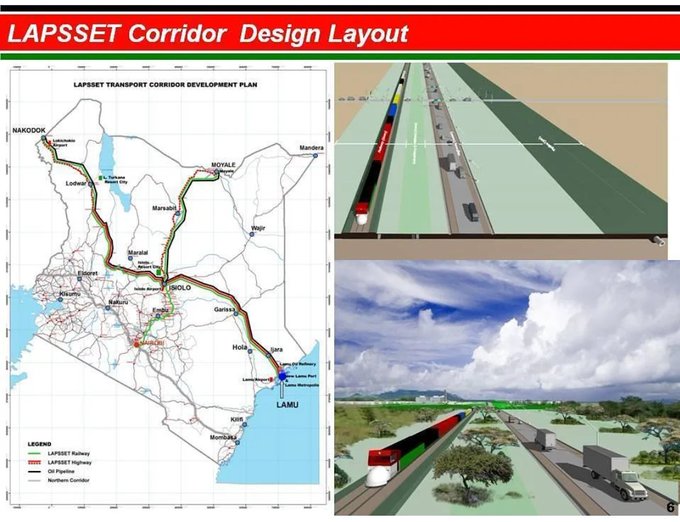 Officials said the gang fired and detonated explosives at the parking lot Sunday morning setting the lorries on fire.

The trucks are among those being used in the construction of the Lamu Port-South Sudan-Ethiopia-Transport road.

The LAPSSET Corridor Programme is Eastern Africa's largest and most ambitious infrastructure project bringing together Kenya, Ethiopia and South Sudan.

The gang escaped soon after the incident was reported.

The incident came a day after security agencies operating in the area said they were on high alert following reports the terrorists in Lamu were targeting the Lapset port and road.

This indicated the security agencies had intelligence the gang planned to attack the facilities but did not know where.

The Chinese company is constructing the road that will lead to Garissa, Isiolo and later to Ethiopia and South Sudan.

Local police officials said they had deployed more personnel to pursue the gang operating in the expansive Boni Forest.

Lamu head of security Irungu Macharia said no injury was reported and that they were pursuing the gang.

The area is among those under the dusk-to-dawn curfew and that explains why the attackers targeted the vehicles daytime.

The government has blamed ethnic profiling that is linked to political inclinations around elections, the looming voter registration drive and land disputes as the primary causes of the latest attacks and displacements in Lamu.

There are fears they are planning an attack on security agencies and civilians. This has prompted operations spanning from Mandera, Wajir, Lamu and parts of Kilifi counties.

Says war in Lamu, can only be won through political goodwill from local leadership.
Counties
5 months ago

Some of them have been turned into temporary IDP camps for thousands who have fled their villages
Counties
5 months ago
by CYRUS OMBATI Chief Crime Reporter
News
23 January 2022 - 12:43