Other than potatoes, KFC said it was exploring the possibility of sourcing cheese from Nyandarua.

•In a consultative forum held in Nairobi on Friday Governor Francis Kimemia and KFC Ceo Jacques Theunissen agreed on a framework that will rope in farmers in the potato supply chain.

•Other than potatoes, KFC said it was exploring the possibility of sourcing cheese from Nyandarua. 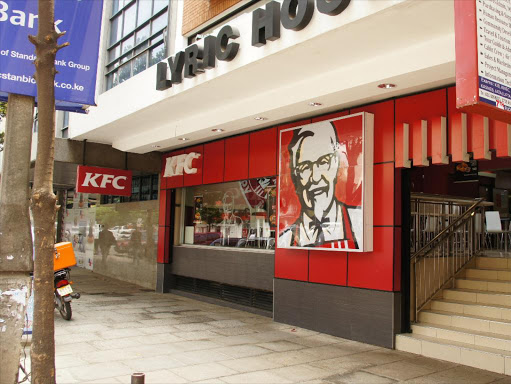 The county government of Nyandarua has reached an agreement with Kentucky Fried Chicken (KFC) to explore ways through which the local franchise will engage with farmers to purchase their produce.

In a consultative forum held in Nairobi on Friday Governor Francis Kimemia and KFC Ceo Jacques Theunissen agreed on a framework that will rope in farmers in the potato supply chain.

This comes weeks after KFC made a commitment to start purchasing pre-booked frozen potatoes locally by the end of 2022.

This will be in strict compliance with the internationally set standards that will see the famed international franchise maintain its quality while farmers in Nyandarua improve on their potato farming and storage practices.

The County Government and KFC agreed to establish a joint technical committee to thrash out issues with the next engagement expected next Wednesday.

After the meeting, KFC committed to facilitate a meeting between potential processors and Nyandarua Farmers with the aim of attaining the standards required.

The two parties agreed to the creation of strong linkages with farmers in seed multiplication and high quality potatoes production not just for KFC but other diverse markets to ensure sustainability of the production.

Theunissen mentioned that about 80 percent of Kenya’s supplies come from local suppliers including chicken, vegetables, buns among others.

He noted that the retail chain is committed and continues to support employment of local people, especially the youth, who form the largest segment of its work force.

On his part, Governor Kimemia reiterated his government’s commitment to continue supporting the cooperative movement in the county in order to create linkages to KFC and other markets.

“Through the Potato tissue culture project, it will be possible to rapidly multiply any seed variety required by the market. We are using the latest technology to produce quality seeds at our Oljororok seed multiplication unit,” the County Chief observed.

He noted the old storage plant at Olkalou is almost complete adding that farmers will be assisted with seed for processing variety during the coming long rain season in the hope that the produce will be in market by June.

The Governor added that his administration is in the process of assisting food processors in the county through a Public Private Partnership (PPP) model to expand facilities.

In addition, KFC said it was exploring the possibility of sourcing cheese from dairy players in Nyandarua.

How KFC in Kenya got fried over its chips shortage