Ruto has sensed defeat ahead of August polls - Raila

Raila said his Azimio movement will get over 1.6 million in Nairobi alone.

• The Opposition Chief denied Ruto's claims that he planned the Jacaranda chaos.

• Raila said his Azimio movement will get over 1.6 million in Nairobi alone. 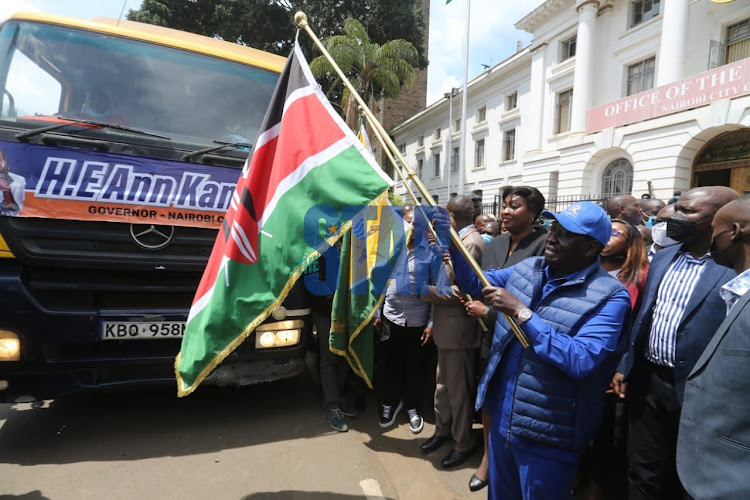 The Opposition Chief denied Ruto's claims that he planned the Jacaranda chaos.

The former Prime Minister said he will vanquish the DP in the State House race.

"Our competitors are now claiming that ODM is planning violence...there is nothing like that, " Raila said.

"We will defeat them on the ballot, the tsunami is coming." 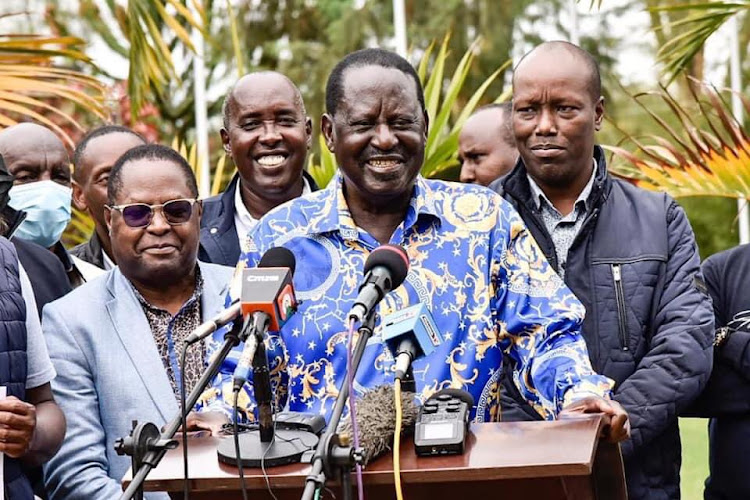 ODM leader Raila Odinga when he

He said the movement will get over 1.6 million in Nairobi alone.

Ruto resumes his tour of Nairobi county on Tuesday, with rallies planned across sub-counties perceived to be ODM leader Raila Odinga’s strongholds.

This will be the DP’s fourth day traversing Nairobi as he seeks support for his presidential bid, as well as popularising the United Democratic Alliance party.

In his programme, Ruto is expected to make at least eight stops, in Lang’ata, Kibra, Westlands and also Dagoretti North and South constituencies.

Ruto accused Raila of having a penchant for hiring youths to cause violence.
News
5 months ago

[PHOTOS] We'll not buy fear or succumb to threats - Ruto

Ruto said Raila is known for planning violence and should stop misusing the youths.
InPictures
5 months ago