The beasts shredded Njuguna’s body to pieces and only bones and parts of his clothes were found. 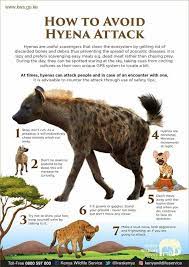 The body of a 64-year-old man who was mauled by hyenas in Thika in 2017 was buried on Friday.

The family has waited for four years for DNA identification by the government to confirm the identify of John Njuguna.

Njuguna was mauled to unidentifiable pieces by hyenas on March 5, 2017 while grazing his herd of cows at his farm in Komo village, Thika.

The beasts shredded Njuguna’s body to pieces and only bones and parts of his clothes were found after a strenuous search for him.

In all these years, the Government Chemist preserved the parts to confirm the identity of the man before releasing the remains for burial.

Two days after the attack, Njuguna's family said they collected a few body parts among them intestines, ribs, bones, hair and tattered clothes.

During the long wait, Njuguna’s father passed away without burying his son.

“My old man told me that I follow up until the burial of my brother happens and it has happened today and we are very happy,” Fredrick Kahuha, a brother to the deceased, said.

He said Kenya Wildlife Service should start the process of compensating them. “We are pleading with KWS to work with us so that we can get justice," Kahuha said.

The family urged KWS to work with the local community to curb the rising cases of human-wildlife conflict in the area.

On December 27, a 29-year-old man was mauled by a cackle of about 20 hyenas in Kamuthi area of the same locality.

He was heading home from Komu Quarry with his counterpart who narrowly escaped the ordeal.

The DCI on Tuesday warned residents of Witeithie, Juja and Thika of a roaming clan of hyenas.

Another suspected hyena attack was reported on the evening of December 26 at Makongeni police station by a resident of Kangoki in Thika West.

The resident found a fresh human skull at his farm in Kandara Investment Scheme.

The spate of attacks prompted a team of DCI and KWS officers to warn residents to be wary of roaming hyenas in the area.

They had visited the area and found a human skull, scattered bones and torn bloodstained clothes. Hyena footprints were found at the scene.

“We urge residents in the said areas to continue exercising caution and beware of the dangerous carnivores, whose attacks in their numbers are dreadful and deadly. Measures to hunt down and eradicate this threat are underway,” the DCI said.