• Kalonzo called for a peaceful existence, campaigns and elections.

• Kalonzo said there were people who feel nervous and jittery whenever his bid for the presidential race was mentioned. 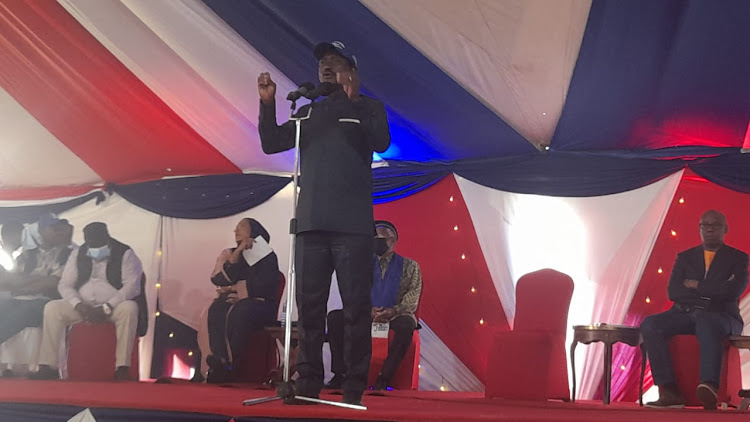 Wiper leader Kalonzo Musyoka has said he will be in the ballot as a presidential candidate in the August 9, 2022, general elections.

Kalonzo trashed the narrative that the presidential contest was a two-horse race between Deputy President William Ruto and ODM leader Raila Odinga.

"The time is now; this is the time. I am running for the President of the Republic of Kenya, " Kalonzo said.

He spoke during the Ukambani leaders meeting at his home in Yatta, Machakos County on Saturday.

Kalonzo said there were people who feel nervous and jittery whenever his bid for the presidential race was mentioned.

"There are people who get nervous whenever the race to State House is mentioned, they call us names," Kalonzo said.

The Wiper leader maintained that One Kenya Alliance was intact and he will on January 23 join Amani National Congress leader Musalia Mudavadi at a party coronation function.

"I believe we will agree on the OKA flagbearer.  There is no two-horse race. Two antagonistic, toxic horses," Kalonzo said. 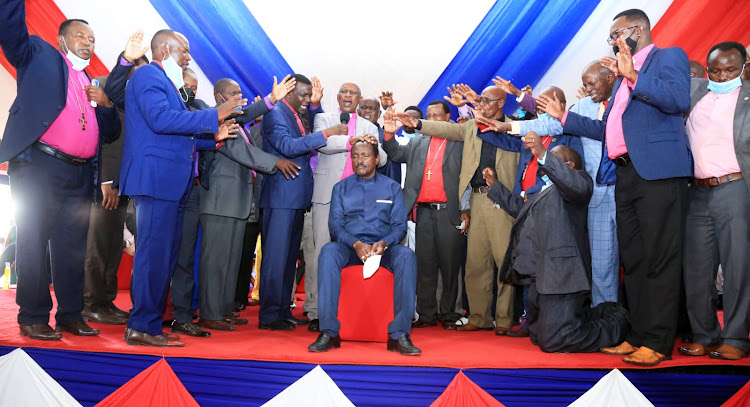 The meeting was attended by Ukambani leaders that comprised clergy, professionals, elected and nominated political leaders alongside several aspirants.

Kalonzo said he was ready for dialogue as far as presidential contests were concerned, but insisted that there must be honesty in the negotiations.

"We have to save this nation. We will talk to whoever wants to talk to us because I believe in dialogue.  We will talk. But before we speak, let's put everything on the table.”

"I want everybody to convince me that he is more qualified to lead this nation as president more than Kalonzo.

He added, "The truth must be said. I have been a Vice President and implemented free primary education. Now we will introduce free secondary education."

The former Vice President exuded confidence that he will become the fifth president of Kenya.

He criticised Ruto with his hustler slogan stating that he (Kalonzo) also suffered during his childhood.

"My father never went to school, I'm a sufferer."

Kalonzo called for a peaceful existence, campaigns and elections.

He prided on his achievements to mediate and ensure peace restorations in waring countries across the globe.

"If I can mediate for peace and reconciliation in DRC, what can I do to my own country Kenya?

“Two years ago, President Uhuru Kenyatta asked me to go and bring together Kabila and Shisigeo. I wasn't even an envoy but he asked me to go. I thank him for that opportunity. President, if I can do that for the DRC, what can I do for Kenya?"

"We have tried to work for peace and I beg Kenyans to give us the opportunity to put this nation together. We have the ability, " he said.

The Wiper leader said the church should be at the forefront in ensuring true reconciliation and peaceful existence among communities in the country.

"Therefore, boldly we will match the correct and balance to ensure Kenyans love each other," Kalonzo said.