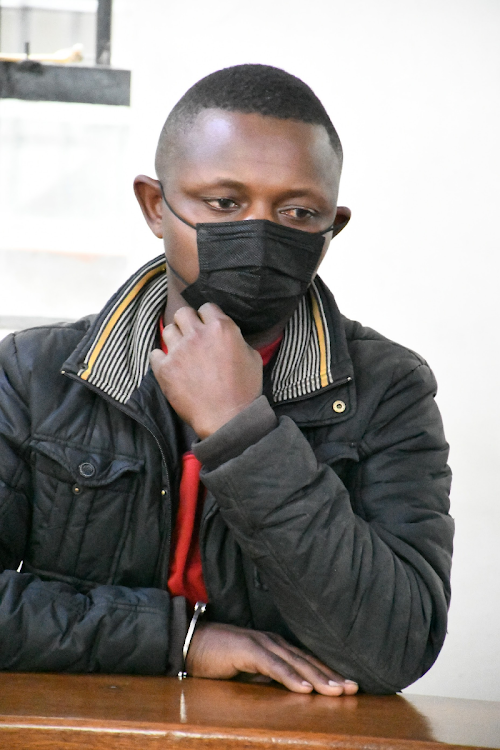 Shooting Corporal Joseph Kamau Muthunga at the Naivasha law courts on Thursday where he was charged with murder.
Image: George Murage

Corporal Joseph Kamau who has been accused of shooting dead his senior Sergeant Ayub Polo on Christmas Day has denied committing the act.

The junior officer who was arraigned before Justice Grace Ngenye at the Naivasha High Court had been detained at the Naivasha police station for the last two weeks as the court was on break.

Kamau, who was represented by advocate Kiarie Wairegi, was charged that on December 25, 2021, in Kedong ranch in Naivasha, he murdered Polo.

He denied the charges as he applied to the court to be taken to hospital for treatment as he was allegedly physically and emotionally tortured.

Through the advocate, he applied for a pre-bail report to confirm the suitability of bond terms for the suspect who has since been suspended from duty.

The judge directed that the accused be taken for treatment at Naivasha Subcounty Referral Hospital and set January 26 as the mention date.

Meanwhile, the number of motorcycle operators killed along the Nairobi-Nakuru highway continued to rise after another one died near Naivasha town.

A middle-aged man who was joining the highway near Delamere shop hit the side of a Nissan matatu and died on the spot during the Wednesday night incident.

This brought to three the number of operators who have died in the highway since the year began, with speeding and careless driving blamed for the accidents.

Naivasha OCPD Samuel Waweru confirmed the incident, adding that three passengers in the matatu escaped with minor injuries and were treated and discharged in the area hospital.

“The operator who was alone died on the spot and we are worried by the number of fatal and serious accidents involving motorcycle operators along our roads,” he said.