Malik was arrested in February 2007 in connection with terrorism activities

• He was being held as “a law-of-war detainee” at the maximum security facility.

• The US Periodic Review Board last month concluded that Malik could be safely transferred to another country, with security assurances. 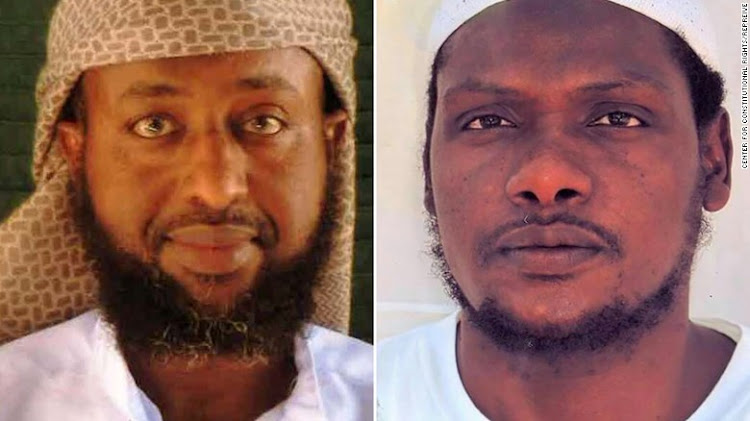 The family of the sole Kenyan, who was being held at the American military prison at Guantánamo Bay in Cuba, is elated with the news of his scheduled release.

Mohammed Abdul Malik Bajabu, whose family resides in Likoni, Mombasa, was arrested by Kenyan authorities in February 2007 in connection with terrorism activities.

He was turned over to US custody a few weeks later and was being held as “a law-of-war detainee” at the maximum security facility.

“We talk once every three months, but I talk to his lawyer on WhatsApp regularly. The lawyer had told me about the scheduled release and I'm overjoyed. I’m so happy that this is finally happening,” she told the Star on the phone from her home in Likoni.

She said she is scheduled to talk to her son end of this month.

“We are to talk on January 26. I know he will share so much with me then. I really pray that he is released before that date,” Mwanajuma said.

She, however, expressed fears that her son might need to be protected once repatriated to Kenya.

“If the Kenyan government will allow him back into the country, my concern is that they assure us of his safety. I know Malik very well and I believe he is now a better person,” his mother said.

Since his arrest in 2007, Malik was separated from his wife and three children as well as his extended family, including his mother and sisters with whom he was very close.

He was the only Kenyan captive held at the US military base, which is used to detain suspected militants and terrorists captured by US forces.

However, on December 27 last year, the Periodic Review Board concluded that Malik could be safely transferred to another country, with security assurances.

This is in light of his “low level of training and lack of a leadership role in his pre-detention activities", according to PRB.

The Periodic Review Board comprises senior officials from the US Departments of Defence, Homeland Security, Justice, and State; the Joint Staff; and the Office of the Director of National Intelligence.

It reviews whether continued detention of particular individuals held at Guantanamo remains necessary to protect against a continuing significant threat to the security of the United States.

Another suspect who is set to be released from Guantanamo Bay is a Somali national, Guled Hassan Duran, who has been held at the facility since 2006.

According to the PRB, once a detainee is cleared for release, he cannot leave the prison until the US works out a diplomatic arrangement with another country for them to be released to.

Since 2002, roughly 780 detainees have been held at the facility with only 39 currently remaining at the prison.

From the 39 detainees, 12 have been charged with war crimes in the military commissions system, 10 are awaiting trial and two have been convicted.

In addition, nine detainees are held in indefinite law-of-war detention and are neither facing tribunal charges nor being recommended for release.

Eighteen are held in law-of-war detention, but have been recommended for transfer with security arrangements to another country.

Following Joe Biden’s election, his administration has confirmed that they intend to finally close the US’s most infamous prison.

While no one has yet been released since Biden assumed office, five men have been cleared for transfer in a strenuous process by the PRB.

Malik and Duran have had their PRB hearings and are now scheduled for release.

Muslim for Human Rights (Muhuri), a rights organisation that was heavily involved in advocacy work around Abdul Malik’s case, said the national government must ensure he is protected once repatriated.

“Malik has never been charged, this shows that the entire process was illegal. We are hoping that once he returns to the country, his safety will be guaranteed,” Muhuri’s rapid response officer Francis Auma said.