Man charged with defilement reunites with family after 10 years

He served 10 years in prison after the court reduced his sentence.

•Orwa, 48, was found guilty of defiling a pupil while still a teacher ten years ago.

•He said the girl and her family had forgiven him.

A teacher who was sentenced to 30 years in prison for defiling a pupil has been released after serving 10 years in jail.

Richard Orwa, who was imprisoned in 2011, stepped out of the gates of Kibos Maximum Prison in Kisumu a free man.

Dressed in a black suit and a striped tie while dragging along his suitcase, Orwa was received by his wife Monica Akinyi, who could not hide her tears of joy.

Akinyi was accompanied by family members, including her children and friends, who were also joyful.

Orwa, 48, was found guilty of defiling a pupil while still a teacher ten years ago.

"I am now a tailor and carpenter. I am going to build the nation. I was given a sewing machine," he said. 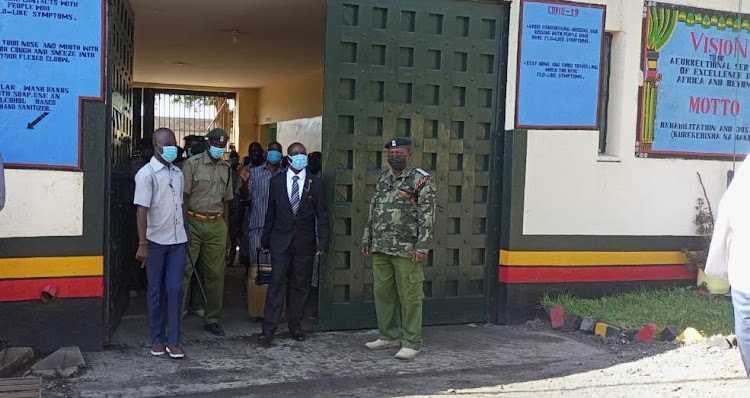 Richard Orwa getting out of Kibos Prison in Kisumu
Image: FAITH MATETE

Orwa was slapped with a 20-year jail term for defilement and an additional 10 years for abuse of his position.

He said he never lost hope. The court later granted him his request, and the sentence was reduced to 10 years.

"I want to thank the judiciary for giving me a listening ear. I apologised for what I did, and my sentence was reduced," he said. 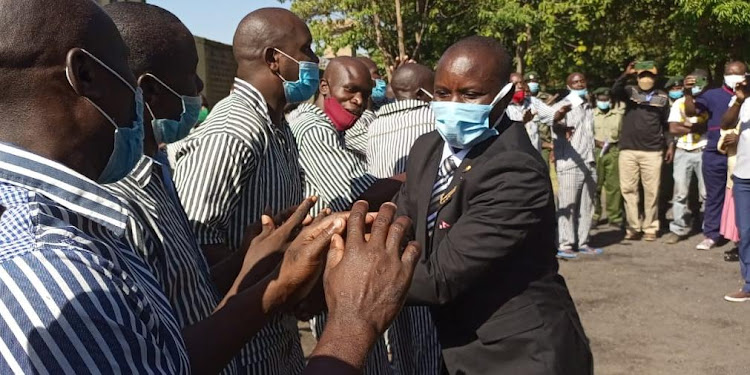 "I want to thank the father and the girl  who forgave me because it's through their forgiveness that the court reduced my sentence," he said.

He also thanked the administration of prison for the support they gave him, especially the documentation office during his appeals and the chaplain's office.

"I promise to remain loyal to the authority and serve the nation obediently," he said.

Akinyi said life had not been easy since her husband was imprisoned. She said she was forced to singleheartedly raise their children. The first born was in Standard Six and the last born was in Pre-Unit. She has five children.

"And today, the firstborn is in Form Four and the last born is in Standard Five. We thank God for pulling us through all this while," she said.

Kibos Maximum Prison head Beverly Lungasto said Orwa had changed and even his behavior in the community will prove that.

"Well wishers gave us a sewing machine and suits as tokens of appreciation," Orwa said.