• “All those you see attend his meetings do so for nothing else but money. That’s why we are saying that you can’t be a leader by giving handouts throughout,” Makau said.

• “Some people claim that OKA is finished, my friend that’s the surprise of this country. Raila will go that way, Ruto that way and OKA the other way,” the MP said. 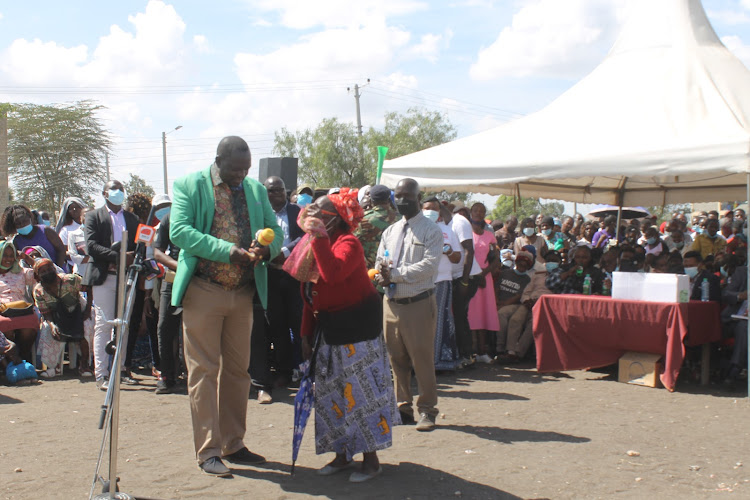 OKA IS THE SURPRISE: Mavoko MP Patrick Makau listens to an elderly woman during a function at Mavoko Primary School in Athi River, Machakos county on Friday.
Image: GEORGE OWITI

Mavoko MP Patrick Makau has hit out at Deputy President William Ruto saying his politics of handouts will not win him the presidency in August.

Makau said Ruto is attracting huge crowds at his rallies because most of those attending are after the handouts.

“I know everyone will leave this meeting for Ruto’s if they hear that he is around. Why? Because you hear he gives money. True or false?” the MP said.

“All those you see attend his meetings do so for nothing else but money. That’s why we are saying that you can’t be a leader by giving handouts throughout. You can’t give every Kenyan a handout for you to be president,” Makau said.

The MP spoke when he disbursed bursaries worth Sh40 million to students from his constituency at Mavoko Primary School on Friday.

The cheques were for students in secondary, middle-level colleges and tertiary training institutions.

He told parents and guardians of the beneficiaries to fill them as first as possible.

The MP said complete forms should be returned to Mavoko Constituency Development Fund office in Athi River for processing and disbursement to respective institutions in two weeks’ time.

The legislator said the One Kenya Alliance was committed to giving Kenyans an alternative government.

Makau said OKA was intact, strong and was ready to form the next government.

He dismissed claims by some leaders from other political quarters that the alliance was staring at a dead end.

“Some people claim that OKA is finished, my friend that’s the surprise of this country. Raila will go that way, Ruto that way and OKA the other way. No coalition will get 50 per cent plus one in the August 9 General Election.

“That’s why we are supporting Wiper leader Kalonzo Musyoka to be the fifth president of the Republic of Kenya,” he added.

The second term legislature said OKA will win the elections in a re-run.

“That’s why you see us fight in Parliament. Those UDA members who claim they have numbers in Parliament have none, we defeated them flat and square.

“We are the people who are going to lead this country. I stand with Wiper party, I fight for the party and have nurtured it,” Makau said.

He said the second in command (Ruto) has no interest of the country at heart.

The Mavoko MP has declared his bid for Machakos gubernatorial seat.

Makau who is the front runner in Wiper party ticket for Machakos gubernatorial post said he was sure of bagging the ticket which is also being targeted by other three candidates.

He said he has been a senior member of the party for over a decade and there was no way an intruder would displace him.

“I stand with Wiper party, I fight for the party and if nomination is free and fair, I will get the party ticket for the Machakos gubernatorial race,” Makau said. 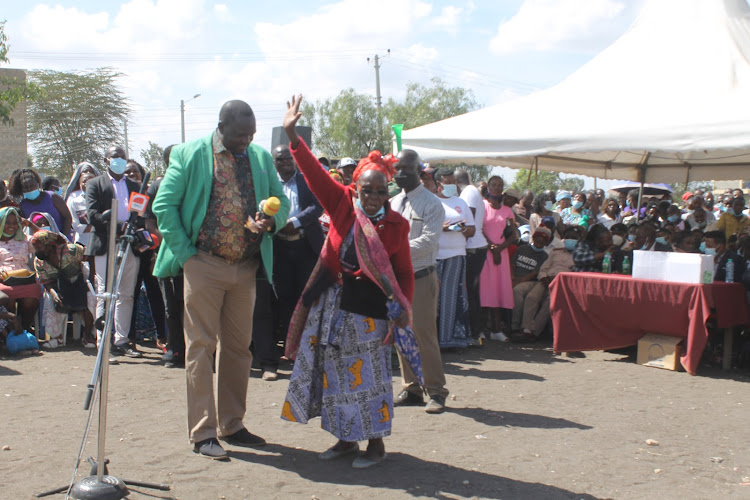 Raila is also rich, but mean, Ruto says over donations

Ruto pledges to ensure NHIF cover for all, reduced fertiliser price, if elected.
Counties
1 week ago

Say they have not had any talks with rivals, dismissed claims to force a run off.
News
1 week ago
by GEORGE OWITI Correspondent - Machakos
News
09 January 2022 - 22:00