Keter and Senator Cheruiyot are eyeing the UDA ticket, putting the DP in a tight corner 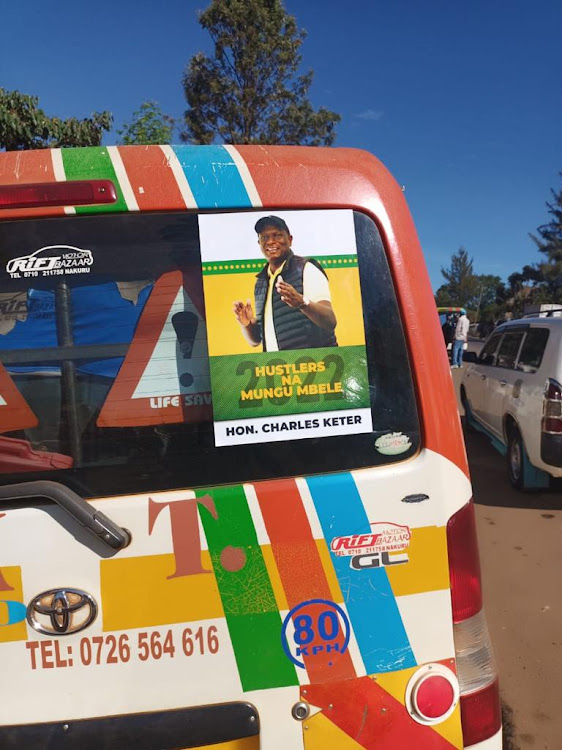 Devolution CS Charles Keter, the man who in 2015 resigned as senator to take up a cabinet post, is set to launch his bid for Kericho governor.

The Star has established that the CS is plotting a comeback to politics with his eyes set on succeeding Governor Paul Chepkwony.

Chepkwony is retiring after completing his second and final term.

It has emerged that the CS is also planning to run on Deputy President William Ruto's United Democratic Alliance party, tipping the county for a titanic showdown in the battle for the coveted ticket.

A close confidant of the CS on Friday told The Star that the CS will formally unveil his bid next month.

The CS, being a public officer, is expected to resign by February 9, as required by election laws before the August poll.

"The CS has put together a campaign secretariat that is up and running. A lot of campaign merchandise has been printed so it is official that he will be in the race for Kericho governor," the aide said.

Campaign posters have been distributed across the county, signalling his entry into the race that has attracted about seven hopefuls.

Keter resigned from his senate seat in 2015 when he was appointed to the Cabinet by President Uhuru Kenyatta, occasioning a by-election that was won by Senator Aaron Cheruiyot.

Interestingly, both Keter and Cheruiyot are eyeing the UDA ticket for the governor's race, putting the DP in a tight corner on whom among his two allies would he back.

Although Ruto has insisted that the nominations would be free and fair there are indications that he would move to stamp his authority in the South Rift, to avert any chaos that would occasion fallouts at the nominations.

Any miscalculation in the UDA nomination could have aspirants decamp and contest as independents.

Keter is known for his aggressiveness in politics. He is known for eleventh-hour door-to-door and day-and-night campaigns that have usually seen him parry away threats from rivals.

In his first attempt, Keter won the Belgut parliamentary seat when it was being held by his brother-in-law Charles Kirui.

He went on to win the seat for a second time before becoming the first Kericho senator in 2013.

They thought they had it all sewnup until a surge of newcomers upset their plans.
Counties
1 week ago

She says the party is in favour of her political competitor, Governor Waiguru
Counties
1 week ago
by JAMES MBAKA Deputy Political Editor
News
08 January 2022 - 08:10