Njonjo was the only surviving member of Kenya's independence cabinet.

•Njonjo was the only surviving member of Kenya's independence Cabinet. 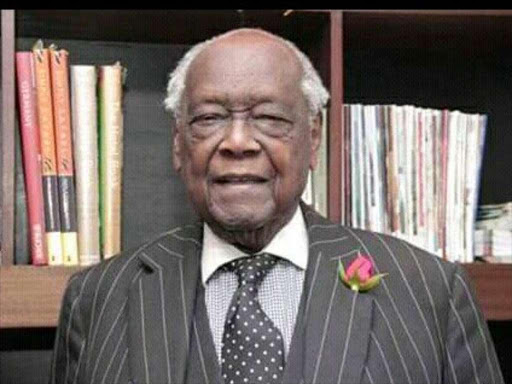 His death was announced on Sunday by President Uhuru Kenyatta who said Njonjo's death is big blow to the country.

"The passing away of Hon. Njonjo is a big blow not only to his immediate family, friends and relatives but to all Kenyans and indeed, the entire African continent because of his leading role in the founding of the Kenyan nation at independence," Uhuru said.

"As a nation, we owe a debt of gratitude to Hon. Njonjo and his generation of independence era leaders for their selfless contribution to the laying of the solid foundation upon which our country continues to thrive."

Njonjo is the only surviving member of Kenya's independence cabinet.

The President prayed for comfort to the family and friends of Charles Njonjo who he described as national hero as they go through this difficult period.

"On behalf of the Kenyan nation, my family and on my own behalf, I send deepest and heartfelt condolences to the family, friends and relatives of Hon. Njonjo, and indeed all Kenyans."

Other leaders including Deputy President William Ruto and ODM leader Raila Odinga also sent their messages of condolence to the Njonjo family.

It is wrong to conclude that you are the arch-villain in the sordid tale of Kenya’s flopping governance.
Opinion
1 year ago