Understanding the plight of Intersex 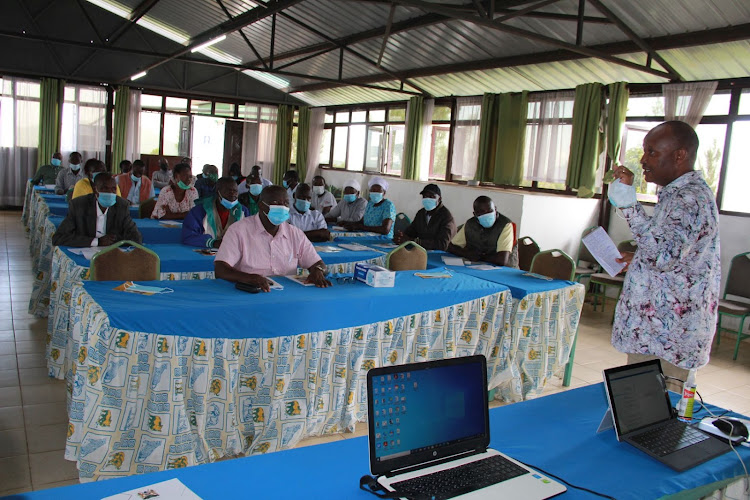 In our society, the intersex have always had to face stigma as well as discrimination because of the misconceptions that are imbedded in the minds of the community.

Despite the numerous awareness campaigns conducted by different groups such as the human rights defenders, this gender which is different from the normal male/female category, is still battling for their rights by the community.

One thing that is obvious is the fact that the society is ignorant and therefore inclined to believe that intersexuality is an option, which is not the case.

Intersex or Disorders of Sex Development (DSDs), is a term used to describe a wide range of natural bodily variations.

An intersex person is born with any of the several variations in physical and sex characteristics such as those of the chromosomes, gonads, sex hormones or genitals which do not fit the typical definitions for male (XY) or female (XX) bodies according to the United Nations Office of the High Commissioner for Human Rights.

In biology, Intersex is an organism that has physical characteristics intermediate between a true male and a true female of its species.

The condition usually results from extra chromosomes or a hormonal abnormality during embryological development.

Intersex traits in humans are usually visible at birth while in others, they are not obvious until puberty and in few cases, some chromosomal intersex variations may not be physically obvious at all.

A child may be born with an ambiguous genitalia which is a condition in which an infant's external genitals do not appear to be clearly male or female. In a baby, the development of the genitals may be incomplete or he/she may have characteristics of both sexes, where the external sex organs may not match the genetic sex or internal sex organs.

According to medical encyclopedia, there are various categories of intersex such as 46, XX; 46, XY; true gonadal intersex; and complex or undetermined intersex.

46, XX intersex has female chromosomes and ovaries but with external genitals that appear to be of a male. This person in most cases has a normal uterus and fallopian tubes.

It is said that there are many possible causes including exposure to excess male hormones before birth by a pregnant woman, male-hormone producing tumors most often ovarian tumors, aromatase deficiency which is an enzyme that converts male hormones to female hormones (aromatase), among others.

A person with 46, XY intersex category, also medically known as 46, XY undervirilisation, usually has chromosomes of a man but with external genitals that are incompletely formed, ambiguous or clearly female. He may have normal, malformed or absent testes.

True gonadal intersex, is where a person has both ovarian and testicular tissue. The external genitals may be ambiguous or may appear female or male.

For years, the Intersex persons have been living in isolation in a bid to avoid societal taunts. They have never enjoyed their rights as humans and instead have been violated against.

A baseline survey on intersex realities in East Africa, 2015-2016 by the Support Initiative for People with Congenital Disorders (SIPD), shows that in Kenya, Uganda and Rwanda, intersex children face many challenges as a result of superstition where they are believed to be witches or victims of witchcraft.

The adults face discrimination as well as physical and sexual harassments. They also suffer from lack of adequate and affordable health care.  The survey highlighted that 90% of the interviewed intersex teenagers were forced to drop out of school due to discrimination either by teachers or fellow students.

The baseline survey also indicated that with the birth of an intersex child, the community sees it as a punishment for the mother who is looked down on and may even be excluded from the society.

In Kenya, the 2019 census revealed that there are a total of 1,524 intersex persons, though it is reported that the number could be higher but because of fear of the society, some parents opt to hide the truth pertaining to the gender of their children.

An official from Kenya National Commission on Human Rights (KNCHR), Western Region Office, Beryl Orao, says that the number of intersex persons in the country was not known before the 2019 survey.

“For the first time in Kenya, the intersex were accounted for during the 2019 census where we got to know how many they are in the country. The number could be higher but because of stigma, parents are usually reluctant to disclose the sex of their children,” she says.

Although Kenya has laws that recognize the existence of the intersex people, they are not comprehensive enough to protect them.

They are still vulnerable to discrimination and stigmatization in school, sports, health, public services and employment. These are the issues which Ms Orao notes to be among the gaps in the system which the government is trying to fill.

“This particular group has faced a lot of challenges for a long time and have been ignored not just by communities but also by government structures. They are not adequately catered for in our laws and systems like the scenario in birth registrations and official documents where there is no provision for the third gender,” Ms Orao says.

Homa Bay County has 23 members of the intersex and just like the others, these individuals have not been spared by the community.

Having a one on one conversation with Homa Bay Town Location, Senior Chief Joshua Ochogo, he says, “For years, the intersex have always seen the worst of our society. When born, an intersex child is associated with a curse and at times he or she is killed. Others are often hidden by the family because of fear of what the community might do or say.”

The Administrator further says that it is unfortunate that the society blames the intersex person and his or her family for something which is beyond their control.

“The intersex and her or his family are always frowned at by the community when it is obvious that they had no control over their condition. We know that everybody wishes to have a normal child but when that does not happen then we become the laughing stock of the community who apparently are ignorant,” he says.

Born and raised in Homa Bay, the 28-year-old Simon, says he was identified as a male at birth but as he grew up the feminine part of him overpowered the maleness in him. Speaking to him, one gets the impression of a female trapped in the body of a male.

Dressed in a unisex black trousers, white official shirt, a coat and a checked-black and grey cap, he comes out as a person who has endured all sorts of mistreatments in his life.

Listening to him complaining over the atrocities he has had to endure from the community members, especially after he lost his parents, one can only wonder how humans can be so inhumane.

He says that he has seen the worst of our society.

“After the death of my mother I was chased from home by my relatives to fend for myself. They said that I was a curse and would bring them misfortune. Even on her death bed, my mother was worried about me and my future,” he says.

Plight of parenting an intersex child

He laments that he was shunned and maltreated by his relatives and the community.

“I have been violated, chased from my home and had to sleep in the streets. At one point I was close to being killed, but I thank Trans-Alliance Kenya, who came to my aid at the time when I needed help the most. They took me to Kisumu to start a new life when life in Homa Bay became unbearable,” he notes.

He explains that he has problems with his hormones and experiences heavy menstrual periods and at one point was forced to seek medical help at a hospital.

He says that the experience he got from the health facility discouraged him.

“It was disheartening and embarrassing when I was taken for an ultra sound and the doctors kept calling others to come and witness what they were seeing. Such things discourage us from seeking medical help,” he says sadly.

One thing that he notes is that the medical practitioners in the country should be informed about their kind or rather, he explains that there should be doctors who are specialized to handle matters regarding the intersex persons to avoid such inconveniences and embarrassing situations.

Separately, Gloria says she had a long journey to self-discovery and today she feels more like a man and even wants to settle down and have a family.

However, she also notes that it is not easy to have a genuine partner as most of them enter into relationships with bad intentions.

“Having a genuine partner is not easy. Some may be in that relationship out of curiosity to know how we are structured and once they have witnessed, they start blackmailing us,” she says dejectedly.

One thing that comes out clearly is the fact that intersexuality is different from transgender. It is not by choice but by birth and cannot be avoided whatsoever.

Non-recognition, lack of awareness and stigma are some of the main challenges they go through
Opinion
6 months ago

Members of the public to submit their views on the proposed legislation by November 4
News
7 months ago
by KNA
News
24 December 2021 - 11:57