Itumbi found alive but naked and badly tortured in Kasarani 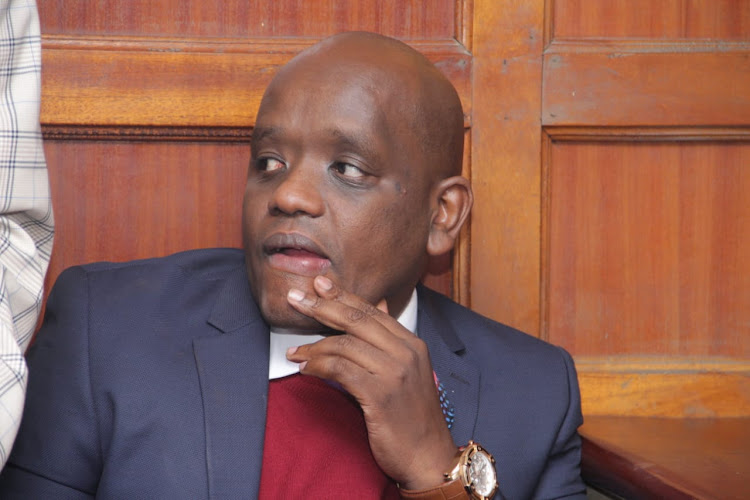 He had fractured both his two legs and his left hand. He had injuries on most of his body parts when he was found naked in Lucky Summer area, Kasarani by a taxi driver. He was naked at the time and he told the driver he thought he was in Eldoret.

His left eye was bleeding an indication it was injured. His mobile phone was missing then. His brother David said Itumbi told them the people who abducted and beat him up claimed to be police officers. Police have denied knowledge of the claims.

“My brother has been badly beaten. We thank God that he is alive. On his own account he was arrested by police and beaten and tortured. This is the state we found him in,” said David.

His abductors changed to different cars as they drove around with him. They communicated on phones saying they were on way to Eldoret which made him think it was true.

Itumbi was later taken to Uhai Neema hospital in Kasarani area for attention and put on a drip and later moved to Nairobi West.

“He is badly injured but he is a live,” his brother David said. A number of politicians and friends rushed to the hospital to see him when news broke out he had been found and rescued.

Itumbi had been missing for hours after a suspected abduction. He was picked up  on Thursday by four men along Kiambu Road as he left a barber shop, witnesses said.

Witnesses said the men approached Itumbi and forced him to the back seat of a silver Toyota Allion before they drove away towards the city centre.

He tried to resist in vain. The men confiscated his mobile phone during the 3pm incident.

Police spokesperson Bruno Shioso said investigations have since been launched.

Police in a statement released by spokesperson Bruno Shioso said investigations have been launched.

“We appeal to members of the public to be patient during the investigations and should therefore desist from speculation,” said Shioso.

“We further appeal to members of the public who may have information regarding the incident to volunteer and report to any police station or through our hotline number 999,112 or 0800 722203,” added the spokesperson.

By Thursday evening, Itumbi’s car, a Mercedes Benz, was still parked in the parking lot next to Joes Apartment, opposite Quickmart supermarket, Kiambu Road.

Police, politicians and some members of the United Democratic Alliance (UDA) party visited the scene as police said they had launched investigations. No claim had been made so far.

His friends rushed to Parklands police station following claims he was there in vain. They launched a search until midnight when news broke out he had been found alive but injured.

Nandi Senator Samson Cherargei addressed the media at the police station and claimed the blogger was taken away by state agents.

They promised to issue a comprehensive statement on Friday. Itumbi had been living in fear, his friends and family said.

The vocal blogger has not shied away from attacking senior government officials on several occasions.

On August 13, 2021 Itumbi had claimed that his car was shot at while driving in Garden estate, Nairobi. 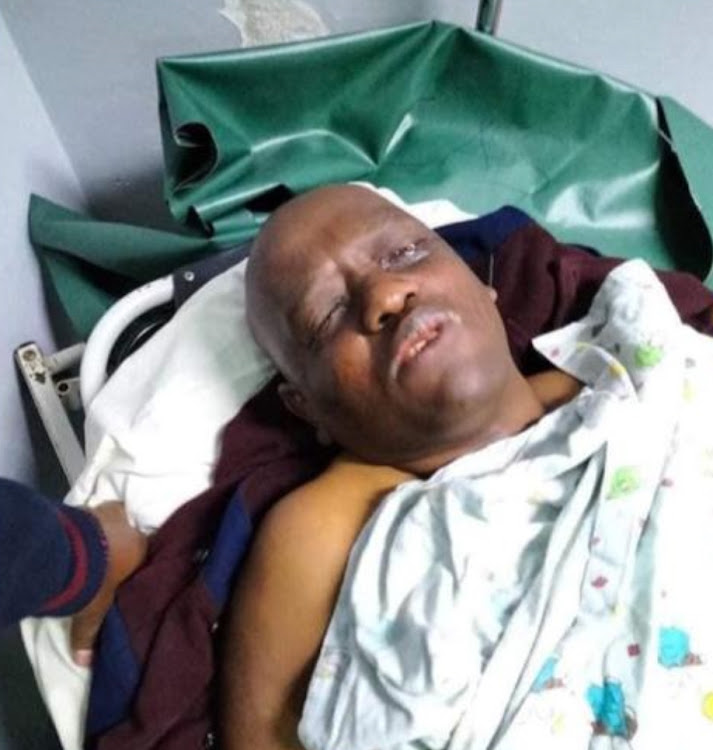 Dennis Itumbi after he was found alive but badly fractured after six hours of torture on December 24, 2021.
Image: HANDOUT

He said his vehicle was blocked by an unidentified motor vehicle and he became suspicious and hit the vehicle before he sped away.

He added that as he was trying to get an escape route, he heard gunshots being fired towards his car.

The matter was reported at the Kasarani police station. According to Itumbi, a self-declared Hustler Nation spokesman, he was headed to the Red Sport Restaurant to get his dinner at around 8pm when the incident happened.

In September 2021, Milimani Chief Magistrate Martha Mutuku put Itumbi and his co-accused Samuel Gateri on their defence in the criminal charge over the fake letter alleging a plot to assassinate DP Ruto.

Mutuku said the prosecution had proved its case against the two.