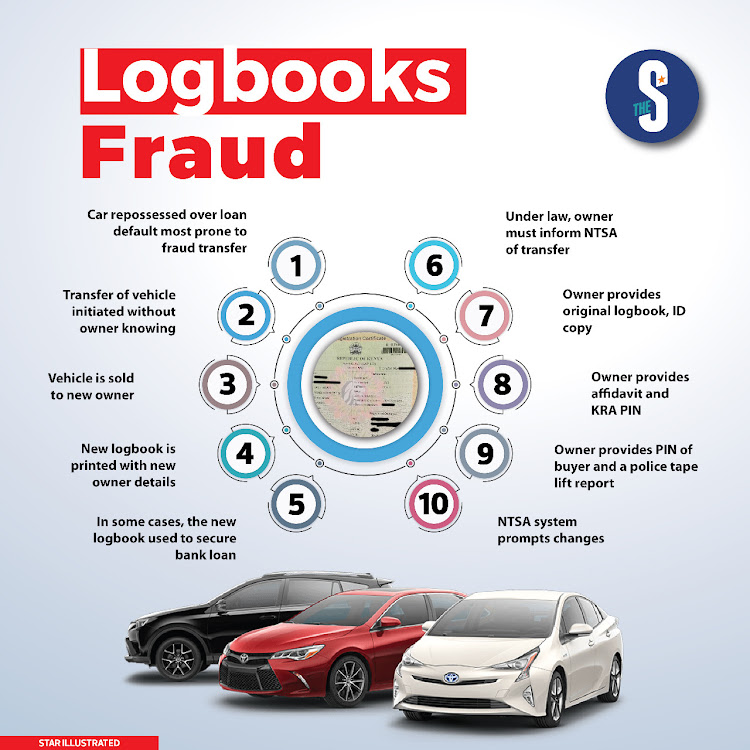 Logbook fraud: What you need to know
Image: William Wanyoike

More changes are expected at National Transport and Safety Authority (NTSA) as part of efforts to address loopholes enabling an ongoing scam at the agency.

The CS who was accompanied by top ministry officials read a riot act the senior officials and directed them to put their house in order immediately.

He held an hour long meeting with the board members before leaving saying he will make an announcement soon.

Officials aware of the meeting said an audit of all staff operations there is ongoing and would be out soon.

The scandal comes even after the government made changes at the agency early this year to enhance service delivery.

Those present said the CS was angry at the managers.

Detectives visited the NTSA offices and are focusing on among others, a new trend at the authority whereby forced transfer of documents happen prompting fraud.

This happens when a vehicle is taken from the owner over among others default of loan and sold to a new buyer.

But for this to happen, the owner must inform NTSA, provide an original logbook, copy of ID, an affidavit and a Kenya Revenue Authority PIN, the one of the new owner and a police tape lift report.

Police say the process among others have however been happening with the aid of insiders hence the new probe.

NTSA moved the registration process of vehicles online in 2017 in a move that was seen as part of a solution to many complaints that emerged over fraud in the sector.

It however seems to be prone to breakdowns which police believe gives room to infiltration and compromise.

Investigations show this has continued to give room for production of cloned number plates, illegally registering vehicles whose tax has not been paid and illegal transfer of vehicles and production of fake logbooks.

Banks have raised concern with the authorities over the said fraud, which prompted Directorate of Criminal Investigations to post detectives at NTSA.

The latest move came after over 450 genuine motor vehicle logbooks were recovered at a cyber cafe in Nairobi on December 17.

Police said some officials at NTSA are part of organized criminal gang that is behind the syndicate hence putting lives of many unsuspecting motorists at risk.

"Detectives acting on information busted two men busy at work in a cyber cafe in Ngara, along Desai road," officials at the Directorate of Criminal Investigations said.

This is the latest incident to be unraveled and involving the agency officials.

In 2019, some top managers at the authority were arrested following investigations on how a car that had been used in a terror incident at the Dusit d2 complex had a registration of another car.

Last year, a number of complaints were lodged by motorists after they realized their vehicles had been transferred without their knowledge. Some were used in crimes.

This prompted some structural changes within the authority. The board was disbanded and a new one set up.

DCI said investigations show the syndicate was in cahoots with corrupt officials from NTSA, who transfer ownership of the cars illegally. So far three vehicles linked to the scam have been detained.

Police said that at the cyber, an application of a logbook only takes a few hours before it is delivered by an NTSA official.

“The mastermind of the syndicate working in cahoots with officials at the country’s motor vehicle registration body, also illegally develops affidavits and commissions them, before they are sent to contacts at NTSA for forced transfer of motor vehicles,” DCI said.

Details of the logbook are then processed within a few minutes without the actual owner’s knowledge.

NTSA Manager, Corporate Affairs and Communications Esther Kago declined to comment on the issue as it is under probe.

Police who staged a raid at the cyber cafe said it was reminiscent of a publishing house turned into a motor vehicle registration centre.

DCI boss George Kinoti said the transfer of a motor vehicle is finalized exposing the possibility of one’s vehicle being transferred without his knowledge.

How thugs turned into millionaires with logbook forgery in Nairobi

Kinoti said this is a new crime that is gaining ground in the city.

The gang who have turned into overnight millionaires, have built a shadowy network of hard-to-trace individuals, incorporating officials at NTSA, officials said.

For instance, Kinoti said a local bank had last year financed a motorist, to acquire a lorry after making a deposit of Sh1.2 million.

But the ownership of the lorry was later changed without the knowledge of the owners and auctioned. 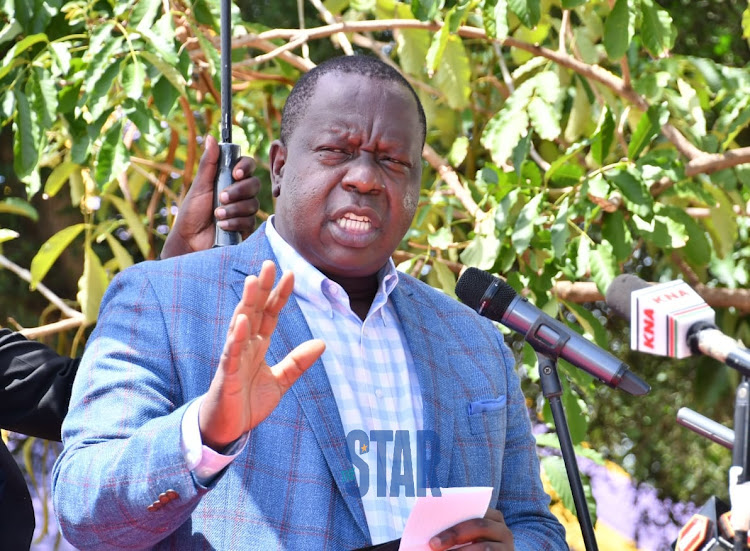