• Naivasha Girls, for example, closed on Monday after speculations of possible unrest.

• The closure marks the end of Term two of 2021 and is expected to last only two weeks between December 23 and January 2. 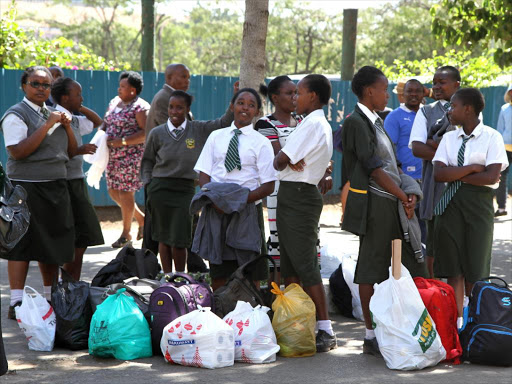 A section of school heads have opted for early closure, bringing to an end a term marked with anxiety, chaos and tensions.

A number of schools will this week begin to close for the Christmas holiday in defiance of the date set by the Education ministry of December 23.

Unrest in schools has seen some institutions resort to early closure to avert any further rampage.

Naivasha Girls, for example, closed on Monday after speculations of possible unrest.

The closure marks the end of Term Two of 2021 and is expected to last only two weeks, between December 23 and January 2.

It will give way to Term Three— the busiest and traditionally the shortest term of the year—when the final KCPE and KCSE exams will be conducted.

The calendar is an adjustment of the traditional January- December school cycle that was altered by the closure of learning institutions in March 2020 due to the Covid-19 crisis.

The closure also comes at a time the country is experiencing a steady increase in the number of Covid-19 infections and the emergence of the Omicron variant.

It remains uncertain as to whether the spread could affect the reopening of schools in January.

The chairman of the Kenya Secondary's Heads Associations Indimuli Kahi says of concern is the laxity in enforcement of Covid-19 protocols aimed at keeping the virus at bay.

He says wearing masks remains in force but reports indicate that less and less students are adhering to the requirement.

Masks were identified as the main measure adopted to stem the spread of the virus in schools.

"When children get back to school, we urge our members to ensure there is the mandatory use of face masks and monitoring of the body temperature for all learners, staff and visitors accessing the schools," Kahi told the Star on phone.

Kahi further called on the enforcement of hand hygiene measures in institutions.

The National Parents Association chairman Nicholas Maiyo told the Star that parents were financially strained to prepare children for reopening.

“I have parents who are calling me, complaining that they don't know where to get fees in the next 10 days,” Maiyo said.

He warned school heads against trying to levy fees on parents who had already paid second term fees before schools were closed prematurely in March.

“The fees guidelines still stand and parents should not be required to pay fees again,” he said.