•Last week, Kingi declared that he will support Raila’s Azimio la Umoja, but he was not present at Kasarani.

•Kingi rose to popularity through the support of Raila from the time he was elected MP. 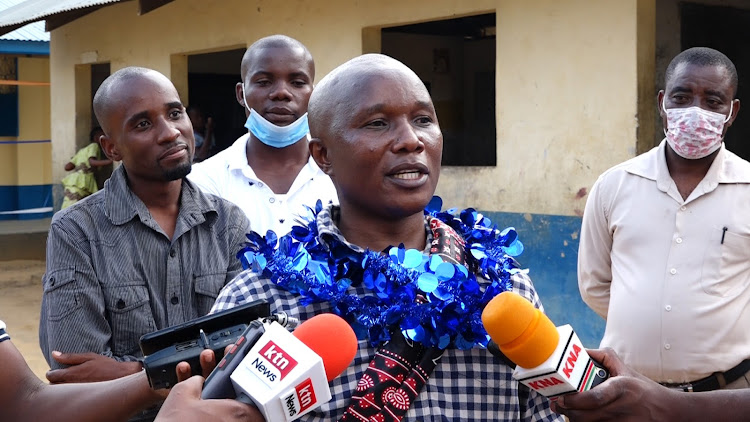 Ganze MP Teddy Mwabire during the commissioning of two classroom project, a toilet and 107 desks at Yembe Primary School in his constituency
Image: ALPHONCE GARI

Kilifi Governor Amason Kingi is under pressure to drop his Pamoja African Alliance party if he wants to support ODM leader Raila Odinga.

Some Kilifi ODM politicians have welcomed Kingi to Azimio la Umoja movement, but on condition that he drops his mission of building a coastal party because it will not bear fruit.

Last week, Kingi declared that he will support Raila’s Azimio la Umoja, but he was not present at Kasarani.

Mwambire spoke during the commissioning of two projects at Yembe Primary School in his constituency.

The projects were six refurbished classrooms at Bahati and the completion of two new classrooms, one two-door latrine and 107 desks

He said Kilifi was an ODM stronghold and would not support any candidate from PAA.

He said the government should concentrate on national politics or would continue losing popularity in the grassroots.

Kingi rose to popularity through the support of Raila from the time he was elected MP.

The former Prime Minister gave him two ministries before helping him to become the first governor under the devolved system.

The governor is now finishing his second and final term and critics feel the idea of forming a party is meant to fulfil his interests.

He said Kingi should go for the presidency if he was really serious as he would not rip any votes in Kilifi under PAA.

Mwambire who is the Ganze MP said they are ready to sign a memorandum of understanding with him but strictly based on national politics.

He said ODM has four governor candidates, three parliamentary aspirants from each constituency and many others vying for the ward representative position in all the 35 wards.

Currently, the legislator said Raila listens more to him as the chairman than Kingi who betrayed the ODM party.

“I have no problem with him but the party of choice in Kilifi is ODM,” he said.

Mwambire said Kingi is going round looking for candidates for his party.

He said Kingi should stop wasting time as his popularity was going down.

“Let him come back home we will give him a chance to be the striker, I can remain on the bench as I lay strategies to ensure Baba wins the presidency and all the seats in Kilifi are taken by ODM,” he said.

The ODM chairman said he would have given Kingi his seat during the Azimio la Umoja convention if he thought there was no seat for him.

What he did was wrong by not attending the Kasarani meeting despite being a leader.

“I have no problem for his not coming. I represented Kilifi well, after all, he has not launched his party officially he is just going around with a piece of paper terming it a party,” he said.

Kingi formed his party which he termed as a vehicle to unite the coastal region that would push the development agenda at the National level.

However, of late, he has been criticised from the local level as people feel the timing of forming PAA was wrong and miscalculated as it is seen as a scheme for his political survival after completing his second and last term. 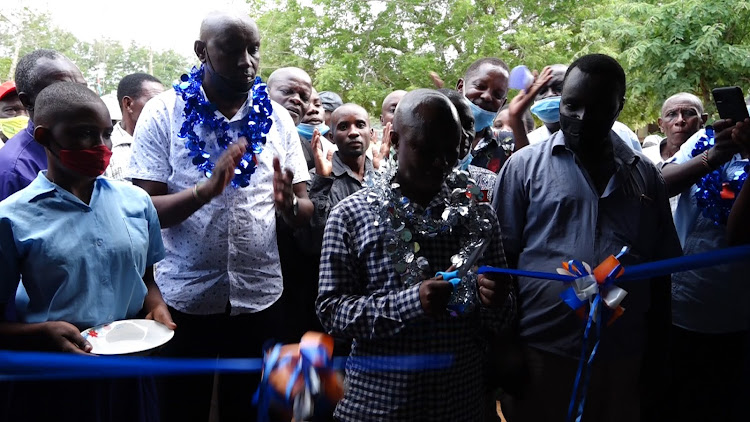