"I fought individually to the end and campaigned straight from the grassroot," Waiguru said.

•Waiguru refuted claims that the gubernatorial ticket was "handed over" to her as she was closely allied to President Uhuru Kenyatta.

•She said her efforts to fight for the ticket is what got her name to the ballot box. 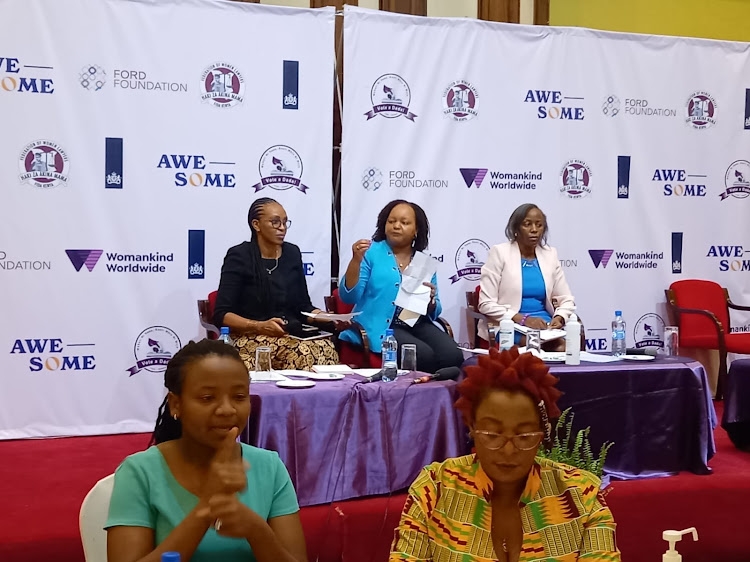 Kirinyaga Governor Anne Waiguru has refuted claims that the gubernatorial ticket was 'handed' to her in the 2017 election as she was closely allied to President Uhuru Kenyatta.

Waiguru said Uhuru did not endorse her for the gubernatorial seat in his capacity as Jubilee party leader but her determination to fight for the ticket is what got her name on the ballot box.

"I was not handheld to win the gubernatorial seat. Let's make it clear that I fought individually to the end and campaigned straight from the grassroot," Waiguru said.

The first-term Governor was speaking on Wednesday at Women Leaders Declaration on General Elections conference at Safari Park.

Waiguru said leaders who get endorsed by party leadership lose voters' respect, insisting that a true politician should earn voters' trust by getting elected on individual track record.

"I knew as a leader I was not coming for an endorsement and the results of my sleepless night campaigning won me this seat," she said.

The Governor, who recently defected to UDA party, further said that the President did not campaign for her as Narc Kenya's Martha Karua whom she competed against was affiliated to the Jubilee Party.

Waiguru added that President Kenyatta left the decision on who should be voted in as governor to the people of Kirinyaga.

"When Uhuru came to campaign in Kirinyaga in 2017, he never rooted for me or Karua as I belonged to Jubilee while she was in Narc Kenya and we all supported his re-election. He left it to the people to decide on whom they thought was best as their Governor," Waiguru explained.

In the 2017 General elections, Narc Kenya supported Uhuru's re-election despite him being in Jubilee but party leader Karua ran for governor on the party ticket.

Waiguru further stated that the 'system' was in favour of Karua in the race but she held onto hope and did not back down.

"The system's choice was Karua for Kirinyaga. In fact PS Kibicho used to go around with Martha Karua and campaign but that did not frighten me a bit," she added.

Waiguru won the gubernatorial seat in a heavily contested election garnering 161,373 to beat Martha Karua who got 122,091 votes.

Karua contested the election and filed a petition at the High Court seeking nullification of Waiguru's win on grounds of election irregularities but she lost the case.

She appealed the case but lost twice in a row; at the appellate court and the at the Supreme Court.