PS challenged matatu owners to reorganise sector and make it attractive to Kenyans.

• The PS told the operators to overhaul and change the reputation of the sector.

• The PS told MOA to ensure the sector does not only respond to the needs of the passengers but also expand and create new business opportunities for themselves. 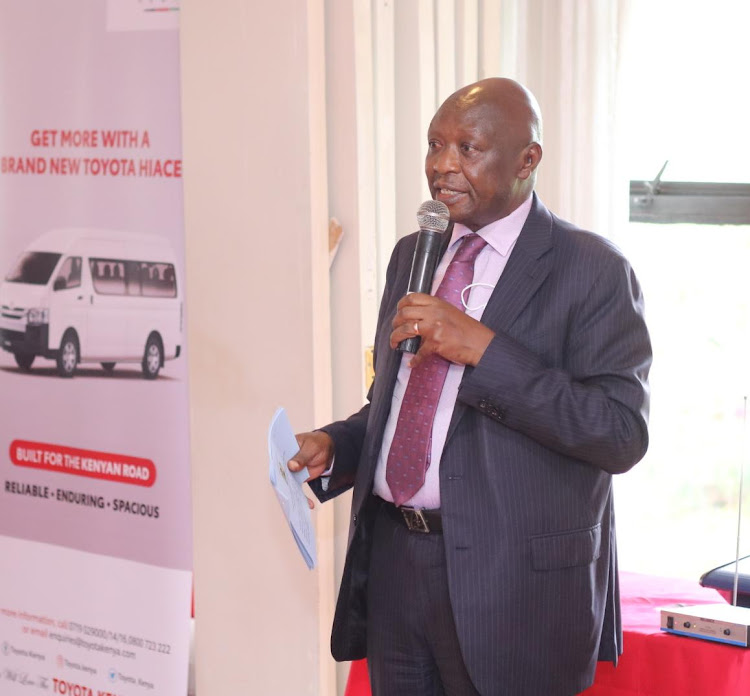 Transport PS Joseph Njoroge has challenged matatu owners to reorganise the public transportation sector and make it attractive to Kenyans.

Speaking during the annual national delegates conference meeting of the Matatus Owners Association, the PS told the operators to overhaul and change the reputation of the sector.

The PS told MOA to ensure the sector does not only respond to the needs of the passengers but also expand and create new business opportunities for themselves.

The PS said the sector is an important player and enabler in the growth of the economy and thus the need to reorganize and streamline its operations for the good of the country.

He said the Association should transform the welfare of their crew who have often lamented about meagre payments.

The PS said the crew should be properly paid and kitted.

He said the matatu Saccos should be transformed into savings entities and the crew allowed to save and take loans for their growth.

" The current Saccos are only meant for work purposes but it is not for growth. This should change. We should allow the crew to start depositing and taking loans so that they can also grow," he said.

Njoroge said that the government, through the Ministry of Transport, was ready to support and facilitate the transformation of the public transport sector to make it more attractive.

He said the government's aim is to ensure integrated seamless public transportation to persuade private car owners to use PSVs to decongest the roads.

"What we want is that if someone comes from Mombasa when alights, he gets a train or matatu or boda boda at that point to take him or her home. He doesn't need to ask his wife or husband to pick him or her up at the station," he said.

The PS said the turnover of investors in the public transport industry is quite high partly due to the bad attitude of some of its members.

He cited the infiltration of the crew with cartels, use of drug and substance abuse, high accident rates, among others.

The PS also challenged the sector to adopt a cashless system saying it will help reduce revenue leakages, help the sector quantify revenue generated and allow seamless integration with other existing fare systems.

Njoroge said the ministry is developing an E-mobility policy for the country to help recommendations that will help PSV investors make informed decisions on future investments.