•Activists accuse the agrochemical industry of profiteering at the expense of human, animals and environment. 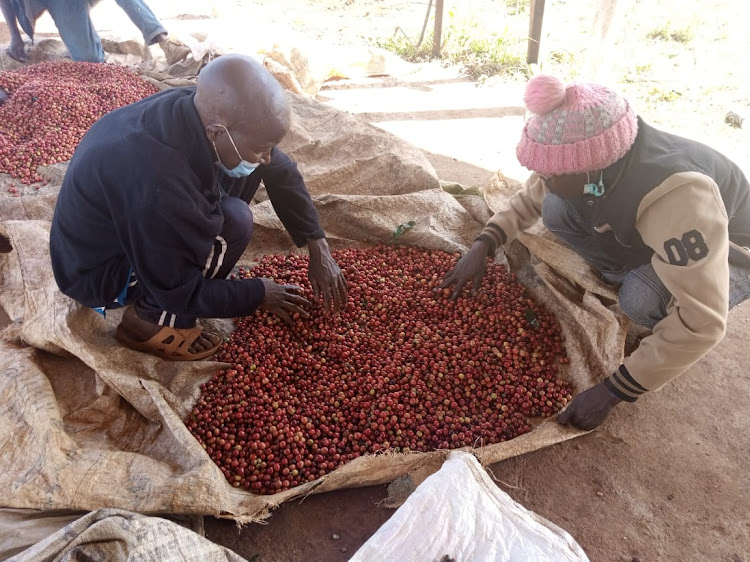 TO BE AFFECTERD: Coffee farmers sort out cherry beans at a factory in Gichugu, Kirinyaga county
Image: WANGECHI WANG'ONDU

Coffee, maize and wheat farmers could suffer up to 90 per cent in yield losses if the government bans popular pesticide ingredients as demanded by activists.

An independent study by Egerton University’s Tegemeo Institute shows, for instance, that farmers will have almost nothing to control the coffee berry borer.

The pest can cause between 50 and 90 per cent harvest losses if uncontrolled.

The two popular ingredients recommended for a ban – Cypermethrin and  Chlorpyrifos – are present in most coffee pesticides in Kenya.

“The proposed ban on agrochemical has adverse effects on food security, incomes and the economy. It does not guarantee food safety,” said Timothy Njagi, a senior researcher at the  Egerton-based Tegemeo Institute of Research and Policy.

The ban of at least 200 chemicals used locally is recommended in a bill sponsored by Uasin Gishu Woman Representative Gladys Boss Shollei.

The campaign against the ban is led by NGOs funded by the German Green Party.

Dr Njagi said the Tegemeo Institute independently carried out the study on the impacts of the ban if effected.

Proponents of the ban cite adverse effects of pesticides on human, wildlife and the environment.

They also claim there is a lack of regulatory oversight in the use and disposal of pesticides.

The activists accuse the agrochemical industry of profiteering at the expense of the health of humans, animals and the environment.

FINANCIAL COST OF A BAN

¤ In total, the country could lose more than Sh150 billion if the ban is put in place.

¤ The country would lose an equivalent of 16 percent of the gross domestic product.

The activists also propose a ban on accephate, used to control the fall armyworm.

They also target Deltamethrin used to control the African maize stalk borer and spotted stemborer. The stalk borers cause up to 70 per cent yield losses.

Clothianidin, a chemical used to control the maize lethal necrosis, which leads to up to 90 per cent yield losses, is also targeted.

Dr Njagi said Kenya has a well-developed policy for pesticide use and disposal and that the ban would be destructive.

“Alternative proposals for ensuring safe use and disposal of pesticides are likely to lead to better overall outcomes including achieving the objectives of the proposed ban,” he said.

The proposed ban is also targeting acetamiprid and cypermethrin, which control the Russian wheat aphid, a naughty pest that can destroy 90 per cent of yields.

In total, Njagi said the country could lose more than Sh150 billion if the ban is put in place.

He said the country would lose an equivalent of 16 percent of the gross domestic product.

The regulator, Pest Control Products Board, said it has stringent ways of vetting pesticides used in Kenya. 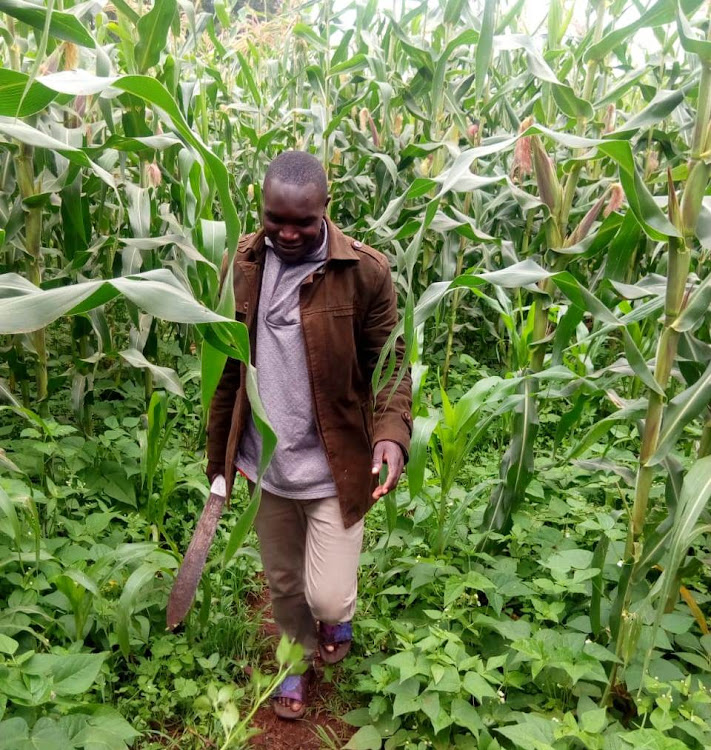 If Clothianidin, a chemical used to control the maize lethal necrosis, is banned, maize farmers could suffer up to 90 per cent yield losses.
Image: File

He said the board’s analytical laboratory also regularly analyses formulations of pesticides in the market for quality.

“PCPB analyses about 358 samples collected from various agricultural productive counties in Kenya every year,” he said.

Ngaruiya pushed back the calls for the ban saying pesticides are actually designed to be toxic, which calls for their judicious use.

The board is currently building a bigger laboratory at the Loresho headquarters, which will enhance its testing capacity.

“The project needs to be supported to ensure timely completion of the laboratory and acquisition of necessary equipment,” he said.

“Pesticides are poisonous. That is why we recommend how the pesticides should be used, on what crop, what kind of protective clothing the person using them should use,” she added.

The board has proposed the Pest Control Products Bill and regulations, which are currently under review.

“The bill seeks to modernise the pest control products regulations and to address article 42 of the Constitution of Kenya on the protection of the environment and other articles, focusing on consumer protection,” he said.

“PCPB will need to effectively prevent the introduction of banned or highly hazardous pesticides into the Kenyan market,” he said.

She said this is an area that different stakeholders in the government need to invest in to create awareness on the dangers of pesticides.

“Pesticides are poisonous. They are meant to kill pests and they can also harm human beings, and that is why we recommend how the pesticides should be used, on what crop, what kind of protective clothing the person using them should use,” she added.