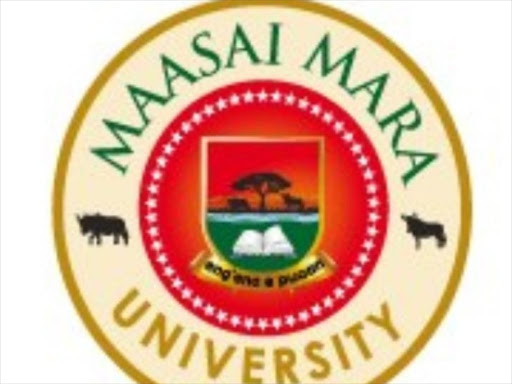 The auditor general Nancy Gathungu has put Masai Mara University on the spot over an unaccounted expenditure of over a Sh465 million.

In her report, the auditor indicated that the over expenditure is for the year ended June 30,2020.

Gathungu questioned the accuracy and completeness of Sh345 million reflected in the financial statements.

"There were cash withdrawals made by the cashier and several other officers amounting to Sh58 million. The university further maintained a fixed deposit amounting to Sh16 million," the report reads.

Gathungu said this transaction was supported by a fixed deposit certificate, no bank statements were provided.

The auditor queried an expenditure of Sh13,288,288 that was paid as sitting and mileage allowance to a section of council members.

"No evidence of traveling by the council members was attached to the payment vouchers to support the mileage allowances paid," the report reads.

The auditor also queried Sh2,280,926 that was paid to seven employees as double salaries for 12 months through different bank accounts.

In their defence, the management claimed it was an error made by the bank when capturing details.

"It's not clear if the money bounced back from the credit account or if it was remitted and credited back in the cash book," the report reads.

The report clarifies that the two top officials were paid an acting allowance of 50 per cent of the basic salary from December 2019 to April 2020.

"Sh2.4 million was paid for the holiday packages, security systems, and research allowances and was inclusive of tax," the report reads.

According to the university’s human resource policy, it provides an acting allowance of 20 per cent of the basic salary.

The auditor further inquired why the institution was run for more than a year without a substantive vice chancellor.

In the report, she noted that this would lead to stalling of major policy decisions at the university.

Also queried was an overpayment of Sh496,175 made to two officers in the institution as acting allowance and another employee allowance of Sh6.9 million as a direct payment.

"The Grade 15 officers earned annual car allowance at a rate of Sh115,000 per month against the authorised rate of Sh16,000," the report reads.

The university attributed this to a government freeze on new recruitment.

"The procurement process documentation, fees notes, and record court appearances were not provided for audit review," the report reads.

This she said could not prove when the services were rendered.

Also queried was Sh12.2 million which was included in the purchase of computers worth Sh6.9 million but documents were not provided to support this.

"The accuracy and completeness of the value of land and computers amounting to Sh12 million and included property, plant, and equipment could not be confirmed," the report reads.

Gathungu further questioned an unexplained and unreconciled variance of Sh21.9 million which was unsupported tuition income.

The report further questioned the validity and completeness of expenses amounting to Sh48 million for the same financial year.

On matters of ethical composition, the university is in contravention with the National Cohesion and Integration Act.

It states that all public offices shall seek to represent the diversity of the people and that no public institution shall have more than one-third of its establishment from the same ethnic community.

Out of the 566 employees at the institution, 206 of them which represent 36 per cent, were drawn from the dominant ethnic community in Narok county.

The university was not able to submit statutory deductions and had a pension obligations balance of Sh84 million as of June 2020.