Says if due process is followed and it is found he should go, he is ready to do so.

• Among those who have filed petitions seeking Haji's removal are one by murdered Dutch businessman Tob Cohen's sister - Gabriel.

• However, the court stopped the Public Service Commission from considering the petition. 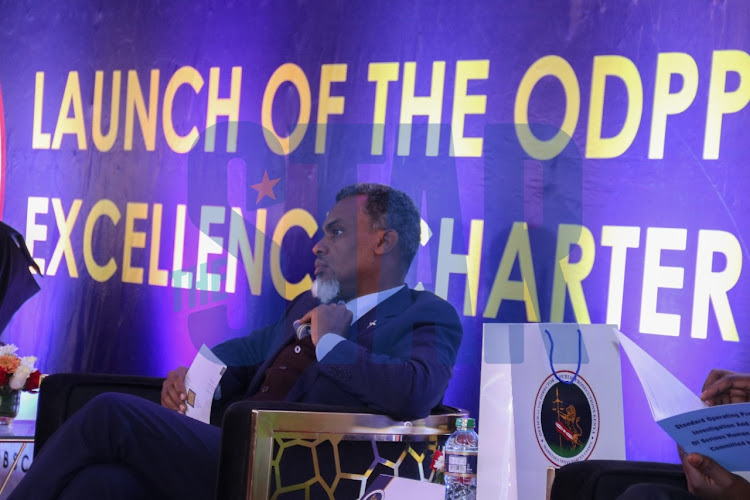 DPP Noordin Haji during the launch of the Execellence Charter on Tuesday, 8 June, 2021
Image: FILE

Director of Public Prosecutions Noordin Haji has said he is not worried about the four petitions that have been filed against him seeking his removal from office.

"I am a man of God... I cannot be in this office forever. If PSC feels that I have to leave, then due process must be followed. Hii kiti sio ya mama yangu (this position doesn't belong to my mother)," he said.

Among those who have filed petitions seeking Haji's removal are one by murdered Dutch businessman Tob Cohen's sister - Gabriel.

However, the court stopped the Public Service Commission from considering the petition.

Another petition had been filed by Jack and Jill supermarket proprietor Schon Noorani, however he withdrew it.

In an affidavit filed at the Public Service Commission, Noorani said after much thought, he decided to abandon the petition.

Haji said he has never been involved in corruption.

"If anyone has evidence, then let him table it and I will challenge it in court," he said.

He reiterated his office will not take on cases 'for the sake of it'.