There has been an influx from neighbouring countries over the last three months.

• In Busia, many shops are said to be selling sugar from Uganda and residents have reportedly been buying it because it is cheap. 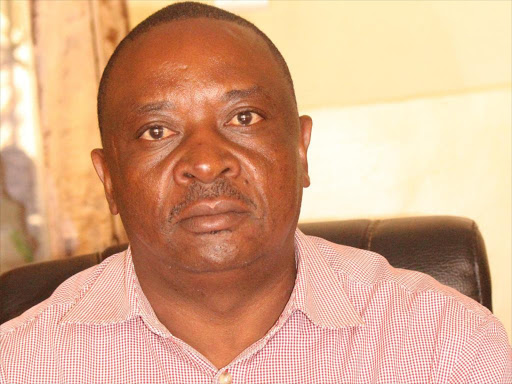 Sugar cane farmers from Western have asked the government to protect millers from unfair competition by smugglers.

Farmers from Busia, Kakamega, Bungoma and Trans Nzoia yesterday warned that smuggling and importation of cheap sugar is hurting the local industry.

They spoke during a media briefing in Nambale, Busia county.

He said there has been an influx of sugar from neighbouring countries over the last three months.

It is then repackaged and released into the local market without going through safety checks by government agencies, particularly the Kenya Bureau of Standards.

“We are privy to the information as sugarcane farmers that some people have stored a lot of sugar waiting to release it during the Christmas season to make some money quickly,” Odima said.

“We are urging the national government that just like it has heightened security against threats from terrorists to also direct the same energy to the smugglers who want to kill our sugar industry.”

He challenged the Ministry of Agriculture to be tough on smugglers.

“If the government is sensitive to the plight of farmers and our sugar factories, then let us take some action targeting importation and smuggling of cheap sugar,” Odima said.

In the past two months, more than 5,000 bags of smuggled sugar have been seized in different parts of the country. The latest was 2.5 tonnes of sugar which was confiscated by police officers in Busia town.

The sugar, valued at Sh4.5 million was seized at Marachi Estate in Busia town while being parked in four Toyota Wish vehicles during a crackdown on illegal traders.

In Busia, many shops are said to be selling sugar from Uganda and residents have reportedly been buying it because it is cheap.

Boniface Manda urged Agriculture CS Peter Munya to speak out and save the local sugar industry from smugglers.

“Our hope is that the minister for Agriculture will find it prudent and at least come out to condemn smugglers like he did in July 2020 when he banned the importation of both sugarcane and sugar from outside the country,” he said.

Manda said smugglers are after killing the local sugar industry and that is why they are going for cheap sugar from Kenya’s neighbours.

“The government is very silent on sugar smuggling, something that we are concerned about as farmers,” he said.

“While there are efforts to stabilise struggling state-owned mills, the same government is silent on sugar importation. Where will those factories sell their products if the market is flooded with cheap sugar whose source only smugglers know?” he posed.

Kenyan delegation delayed the visit to Kampala in Uganda to verify claims that sugar imported from the land-locked country come from third-party states until next month.