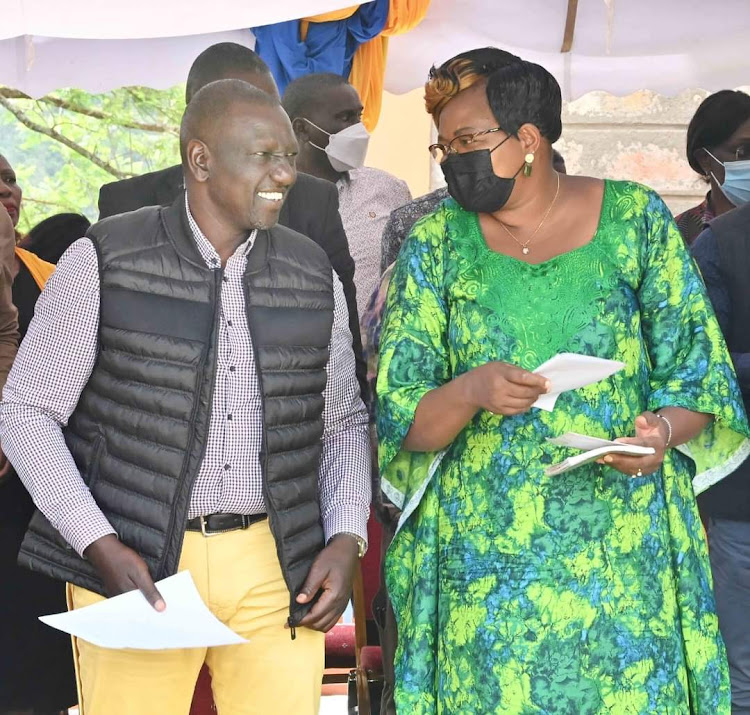 Deputy President William Ruto has said that his priority will be to implement the Big Four Agenda, once he is elected president.

Ruto said his administration will set aside Sh100 billion to have the four pillars of the Big Four Agenda established by the Jubilee government fully implemented.

The DP, while addressing Saba Saba residents in Maragua constituency, said it will also be his priority to commit funds towards creation of jobs to ensure the high number of unemployed youth is catered for.

President Uhuru Kenyatta recently announced that more 14 million Kenyans have been blacklisted by the Credit Reference Bureau for defaulting on payment of loans.

The DP said that the majority of those blacklisted were small traders who take loans from predatory sources because they lack collateral.

Ruto who had attended Saba Saba PCEA said the Big Four Agenda would have uplifted the lives of Kenyans if it was implemented as planned.

He said the plan however suffered hitches when the President entered into the infamous handshake with ODM leader Raila Odinga and the country focused on the Building Bridges Initiative soon after.

“I am here to make sure the pledges and commitments we made are fully implemented even as the President retires because it is I that formulated that plan with him,” he said. 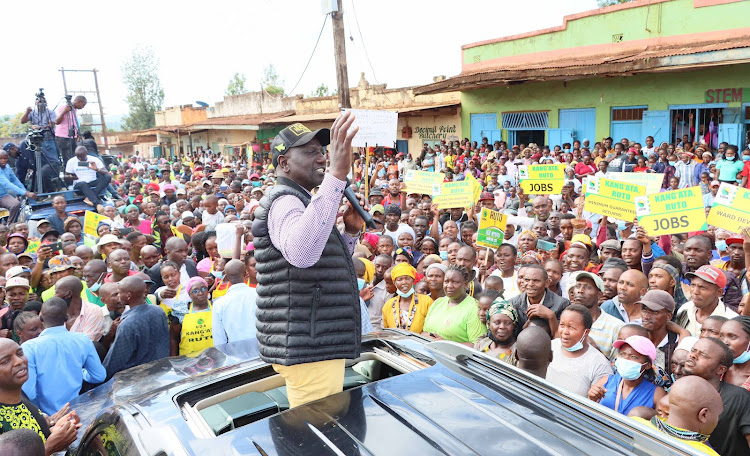 He said his administration will commit Sh50 billion annually to support small medium enterprises that are unable to access credit.

Under the Big Four agenda, Ruto said his government will focus on production of sufficient foodstuff, agro-processing, value addition and provision of housing to create jobs.

He said funds will be set aside to ensure farmers produce enough foods while getting the right payment.

The second in command said it is the responsibility of the government to provide job opportunities, saying the country is at risk of losing the youth to drugs and alcohol if they are not provided with opportunities to be productive. 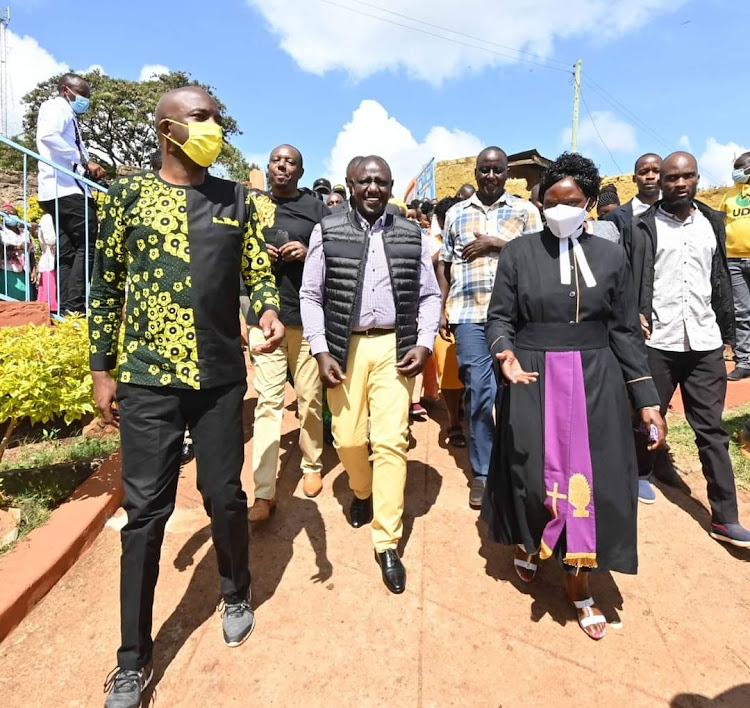 His government, he added, will improve Kenyan’s standard of living, starting with those at the bottom instead of using the trickle-down approach.

Ruto said he visited Murang’a with the President in 2017 where they made promises which he said have kept him coming back to the county.

He cautioned locals against being divided along political parties, tribes or religion, saying they should stick together in order to have strength.

“About 156 MPs have agreed that their party is UDA and I am asking you to walk with us because  our party will unite and empower Kenyans,” Ruto said.

He said Central and Rift Valley regions came together in 2013 and overcame tribalism to form the government.

“I am asking, if 8 million people came together twice, constructed rails and roads, connected people to power, now can somebody say we have no one to lead us that they have to rent Raila to lead us?” he said.

“Do we have a shortage of plans that they have to bring in Raila to lead us? That is contempt.”

Ruto outlined a list of projects that the government has implemented in the county including the expansion of the Murang’a-Kenol Road and the Kenol-Sagana-Marua dual carriageway.

Maragua MP Mary Waithera who is not affiliated with the UDA also attended the event and lauded Ruto for supporting churches.

Edited by B.Oruta and A. Awuor