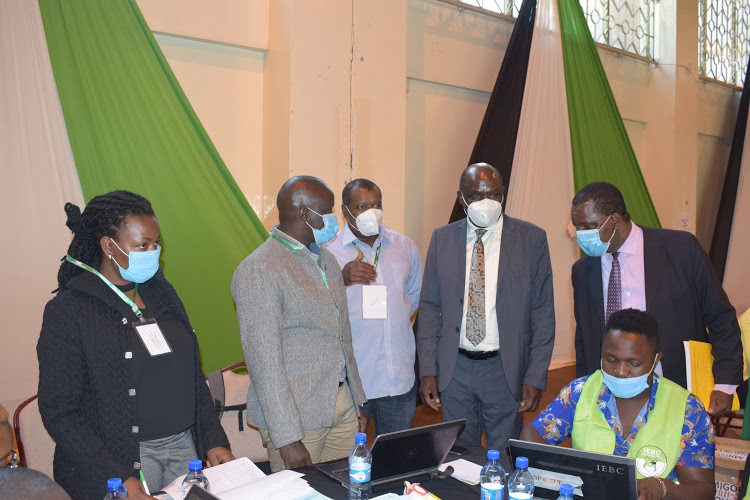 The polls agency now warns that litigations targeting some crucial procurement at the agency could affect 2022 general election timelines.

Independent Electoral and Boundaries Commission acting CEO Hussein Marjan on Wednesday told the Star the court actions are a great concern at a time when it is preparing to deliver a free and fair election next year.

The CEO said the tender wars are a big hindrance to the constitutional timelines ahead of the polls.

“The commission is indeed concerned by the continued litigation targeting procurement of electoral goods and services,” Marjan said.

“These cases, largely premised on vicious vendor wars, with their attendant consequences of stay of the procurement processes are a big hindrance to the commission's bid to comply with the prescribed election timelines.”

Already, the Procurement Administrative Review Board has barred the electoral commission from awarding the multibillion-shilling ballot papers tender to the Greek firm, Inform P Lykos (Hellas) S. A.

That is until the Africa Infrastructure Development Company's case is heard. The ballot papers are for use in the next year’s election, which is nine months away.

Last month, the AIDC went to the review board claiming the IEBC breached the law when it awarded only one company to supply the ballot papers and register of voters.

On Monday, a Nairobi resident sued the commission, demanding cancellation of tender for the installation of the Kenya Integrated Elections Management Systems and hardware equipment for next year’s polls.

The multimillion tender was awarded to Smartmatics International Holding B.V on November 3, 2021.

According to the petitioner, Stephen Miriambo, the tendering contravened the Constitution and risked plunging the country into heavy political, financial and economic losses.

He also argued that the IEBC did not provide for preference margins in favour of local and/ or citizen contractors as stipulated by the Constitution and the Public Procurement and Asset Disposal Act, 2015.

Through lawyer Jared Omari Mituga, the petitioner said the move limited rather than promoted local participation, equity, fairness and inclusiveness, transparency and accountability

Miriambo said the commission failed to conduct public participation in the process of obtaining an election management system that will cure the defects of the elections transmission process that resulted in the nullification of the presidential elections in the 2017 elections cycle.

“If this honourable court does not intervene on an urgent basis, the country risks incurring heavy political, financial and economic loss should the unconstitutional and grossly flawed processing of the subject tender be allowed to proceed,” reads part of the petition.

The Chebukati-led team is also battling with another court case in which activist Okiya Omtatah has challenged the procurement of ballot papers.

The activist argues there is a plan to award De La Rue Kenya and EPZ Ltd the contract through a direct tender in violation of the law. The contract, which was entered into two years ago, is set to expire at the end of the year.

On Wednesday, Marjan said protracted court cases coming close to elections could undermine preparation for the polls as most timelines may not be met.

“Noncompliance with the timelines, no doubt, falls foul of the law and results in illegalities,” he said.

In the last general election, the IEBC ran into similar headwinds after the Opposition mounted a series of legal challenges targeting key processes.

The ligations saw the cancellation of a contract to print ballot papers for 2017 polls about a month before the election.

Post a comment
WATCH: The latest videos from the Star
by LUKE AWICH Political Reporter
News
18 November 2021 - 05:04
Read The E-Paper