The state has put a Sh60 million bounty on the three terrorists.

• Police said on Monday that the three include Mohamed Ali Bikar who is part of the terrorists who carried out the 2015 Garissa University terror attack are "armed and dangerous."

• Masharaf had been arrested on September 30, 2012, over his participation in a botched attempt to conduct a terror attack targeting Parliament Buildings. 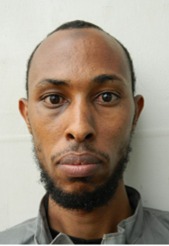 Three terrorists are on the run after escaping from Kamiti maximum prison and the state has put a Sh20 million bounty on each head.

Police said on Monday that the three include Mohamed Ali Bikar who is part of the terrorists who carried out the 2015 Garissa University terror attack are "armed and dangerous."

Others are Joseph Juma Odhiambo alias Yusuf and Masharaf Abdallah Akhulunga alias Zarkawi. He is also known as Alex or Shukri.

Masharaf had been arrested on September 30, 2012, over his participation in a botched attempt to conduct a terror attack targeting Parliament Buildings.

"He was charged with possession of explosives, ammunition and firearms," the police said, a conviction which has kept him behind bars.

He hails from Ekero area of Mumias in Kakamega county.

For Odhiambo, who hails from Lukoye are of Mumias, the police say they arrested him on November 21, 2019, in Bulla Hawa in Somalia while on course to enlist as an Al Shabaab fighter. 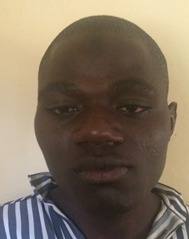 "The National Police Service informs members of the public that Joseph is dangerous and appeals for any information regarding his whereabouts," the wanted alert posted circulated by the DCI operatives indicated.

This comes barely a week since police announced that some five armed and dangerous terrorists including missing terror convict Elgiva Bwire had escaped and were at large.

A bounty of Sh10 million each had been put on their heads.

The police said the five terrorists had expressed intention of executing an attack any time in the country, calling on citizens to give information about their whereabouts.

According to the DCI, the five may have either joined terror groups, including al Shabaab and ISIS, or went underground to plan attacks.

Bwire is a self-confessed Al Shabaab member who had been convicted of launching twin grenade attacks during Mashujaa Day celebrations at Nyayo Stadium in Nairobi.

He was released on Thursday, October 28, from Kamiti Maximum Prison after serving a 10-year sentence. But he went missing shortly after being released.

The DCI put out a poster claiming that the convict disappeared upon being released from prison and had vowed to carry out retaliatory attacks on civilians to revisit his jailing.

It said that Bwire had "vowed [while in jail] to carry out retaliatory attacks in the country against civilians and security personnel."

The announcement is also on the heels of sustained public pressure by civil society groups, including the Law Society of Kenya and Muslim clerics on the state to tame runaway abductions.

They claim the abduction are being conducted by state security agents in the guide of counter-terrorism operations.

A series of public protests were also planned, starting this Wednesday. They had also demanded that the state release Bwire.

Muslim leaders, including Namlef chairman Abdullahi Abdi and Supkem boss Hassan ole Naado, told reporters last week that the alleged abduction of Bwire and his advocate Nandwa was part of the state's scheme to harass Muslims.

They said sermons at every mosque every Friday would be dedicated to highlighting alleged state mistreatment of Muslim faithful and protests would follow the prayers.

Alongside some politicians and activists, the clerics staged a demonstration last Wednesday in the city, mounting a procession from Supreme Court to Parliament, AG offices and culminating at the police headquarters.