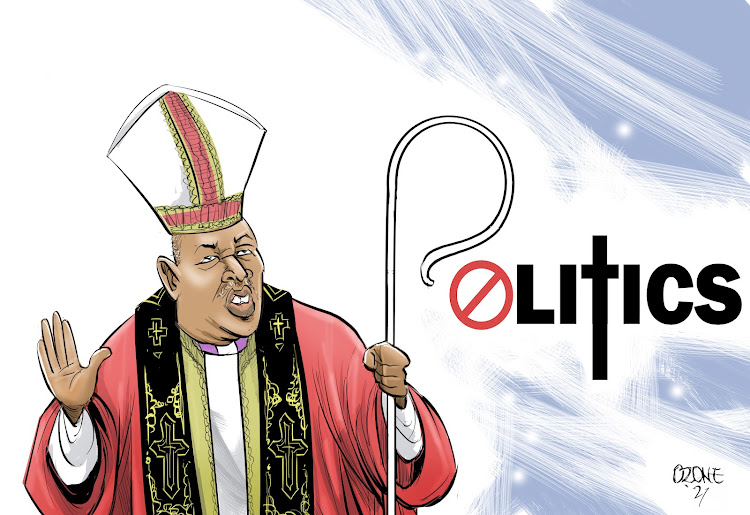 HEAR US: Church leaders complain the state doesn't listen to them on vital issues affecting the fabric of Kenya.
Image: THE STAR:

Kenyan clergy have accused the government of ignoring their concerns on vital issues, including extended voter registration, hate speech and school fires.

The Church and Clergy Association of Kenya (CCAK) said in a statement that Kenya has a "sick population".

“As we put out the fires in school dormitories let’s put out the smoke in our systems," the clergy said in a statement by CCAK chairman Hudson Ndeda.

CCAK is an umbrella body that brings together churches and more than 1,000 religious leaders who say the government turns a deaf ear to their warnings and recommendations.

Still, they said, they will not remain silent on matters affecting "the fabric of the nation".

“The church has pronounced itself severally and repeatedly on a number of issues but the government has remained mute," the statement said.

Ndeda said CCAK has been telling the National Cohesion and Integration Commission, other agencies and the police to be alert to expose and weed out politicians sowing seeds of discord.

“Memories of the 2007-08 post-election violence are still fresh and the coming elections will either rub the healing wound or bring greater healing. CCAK condemns the political intolerance being witnessed in the country,” he stated.

Ndeda said CCAK has been insisting on more time for enhanced voter registration since the recent listing was dismally low.

“The IEBC has decried the low budgetary allocation for a creditable, free and fair election. We ask the Treasury to consider opening another window for voter registration by allocating funds to the IEBC,” he said.

He said school fires and unrest are symptoms of many challenges including stress among learners and teachers caused by short timelines to cover a large syllabus requirement.

"These unfortunate instances could be a pointer to a sick population," he said.

Ndeda, however, praised the government for the stimulus interventions to further open and accelerate economic growth. they were announced by President Uhuru Kenyatta on Mashujaa Day.

He praised the building of more classrooms by local contractors in readiness for full CBC roll out, the anticipated reduction of power bills, suspension of some listings at credit bureaus and waiving the lengthy and expensive requirements for clearance of job seekers.

Ndeda said government should continue with targeted interventions in various sectors until the economy is fully open in order to make Vision 2030 remain a reality.

They say they will not remain silent as politicians mobilise the country along ethnic lines.
Counties
2 weeks ago

Bishop says students with cases of severe indiscipline should not be allowed in any boarding school, private and public.
Counties
2 weeks ago

NCCK passes resolution to ban leaders from politicking in church

The council said it’s concerned that politicians were consistently passing messages of hate and division.
News
1 month ago

Migori clergy call for peace ahead of 2022 election

The religious leaders said in the past,  elections and campaigns marred by chaos and violence have been witnessed in the county
Counties
1 month ago

Bishop says students with cases of severe indiscipline should not be allowed in any boarding school, private and public.
Counties
2 weeks ago
by ALLAN KISIA Political Writer
News
12 November 2021 - 23:00