Ruto, Raila allies in war of words over Kondele chaos

ODM leader's allies say they won't apologise for violence stage-managed by UDA to profile an ethnic group and gain sympathy. 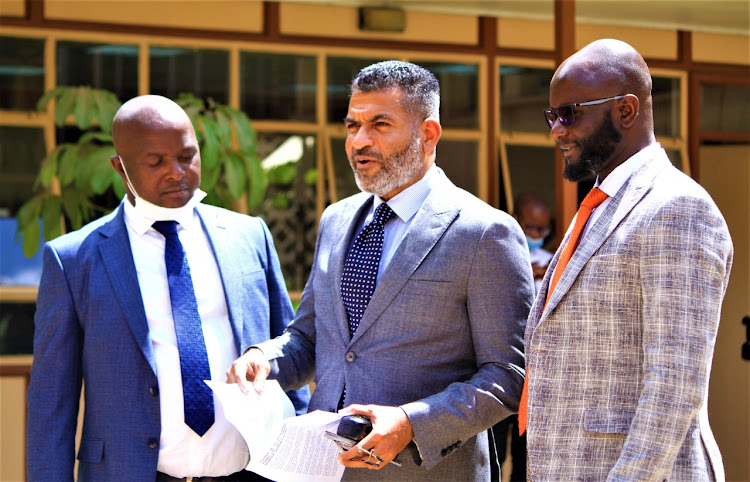 Speaking in Parliament buildings, MPs allied to both sides engaged in bitter blame game even as the United Democratic Alliance—a party associated with Ruto—demanded disqualification of ODM from the 2022 general election.

UDA national chairman Johnson Muthama said the Independent Electoral and Boundaries Commission should take action against ODM for the action of its "supporters".

“The IEBC should take action in disciplining the ODM party by even disqualifying them from participating in the coming general election,” Muthama said.

“UDA has been committed to peaceful campaigns and has gone out of its way to warn its aspirants of being disqualified if they engage in violence. This is what we expect from all other political and non-political players in the country participating in next year’s elections.”

In Parliament, Raila and Ruto troops engaged each other in blame game even as Tangatanga lawmakers linked the skirmishes to the Opposition chief.

The DP allies, numbering over 30, said the violence was ODM Raila's strategy to protect his territory against "a surging hustler movement".

The MPs said Raila has realised that the hustler movement is unstoppable and is using every means to stop it.

The leaders also faulted the police for engaging in politics, accusing them of being part of a broader scheme to frustrate Ruto's campaigns.

"The events of Kisumu yesterday were purely an ODM affair. The violence said everything about Odinga's violent brand of politics," Barasa said.

"We ask him to publicly declare that he will no longer use raw violence for political gain."

The leaders also invited the International Criminal Court and the global community to shift focus on Kenya as the country heads to the 2022 polls.

The lawmakers said Ruto’s camp is now engaged in ethnic profiling in a desperate attempt to salvage their waning political support across the country.

They further blamed the chaos on DP’s brand of politics of handouts during campaign rallies.

“It is very unfortunate that a political party that wants to be at the helm of the country can scheme things and blame it on innocent individuals," Osotsi said.

"This habit of dishing handouts and when youths fight you blame it on Raila has to end.”

"If you promise youths money, please, give them. You cannot lie when in government and when campaigning,” she said.

Atandi said the Orange party will not issue an apology for choreographed violence as demanded by their rivals.

“They have been pushing us to apologise, [but] we will not apologise because what happened in Kondele was planned by DP Ruto's team,” he said.

“The truth of the matter is our people are welcoming and politics of violence is no longer tenable to us.”