• In Kenya around four million, or one in five, women and girls have been subjected to FGM. 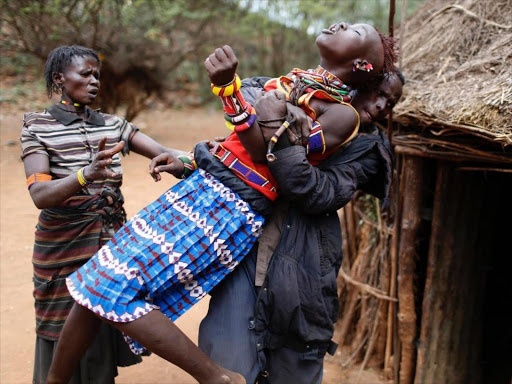 ILLEGAL PRACTICE: A Pokot girl is held by a member of her community after she tries to escape a forced marriage.
Image: FILE

Nyumba Kumi should be used as a tool to combat female genital mutilation, a study suggests.

The security initiative has been credited by law enforcers with foiling major crimes in Kenya.

Kenya has a goal to end FGM by 2022 but with only two months to go, a new report suggests this is out of reach.

The State of Kenya Population 2021 proposes the Nyumba Kumi elders should now be enlisted for the war against FGM to be successful.

“The neighbourhood watch strategy has been successful in fighting crimes and improving security in most parts of the country,” say the report launched by the National Council for Population and Development.

“It (Nyumba Kumi) is premised on community vigilance and monitoring  and could be effective in empowering community members to contribute to FGM abandonment efforts,” the report adds.

FGM – the ritual cutting or removal of some or all of the external female genitalia for non-medical reasons – is illegal in Kenya and recognised as a violation of the human rights of girls and women.

It is usually carried out by old women, often with unsterilised blades or knives, ostensibly to prepare under-age girls for marriage.

President Uhuru Kenyatta on November 8, 2019, promised to end the practice by 2022, a goal women’s rights campaigners said was unrealistic due to insecurity and high prevalence rates in some parts of the country.

The NCPD report says the notion that girls and women must undergo FGM to gain social acceptance and find a marriage partner is one of the biggest hindrances to the government’s efforts.

In Kenya around four million, or one in five, women and girls have been subjected to FGM.

In northeastern communities, this rises as high as 94 per cent, the UN Population Fund says.

“Although overall these numbers have declined over recent years, they remain very high,” UNFPA Representative Ademola Olajide and Unicef Representative Maniza Zaman said earlier this year in a joint statement.

They said some of the gains already made were eroded last year when droves of girls were pushed into FGM and child marriage.

“An estimated 574,000 additional Kenyan girls are at risk of undergoing FGM between now and 2030 unless urgent action is taken to prevent it,” they said. 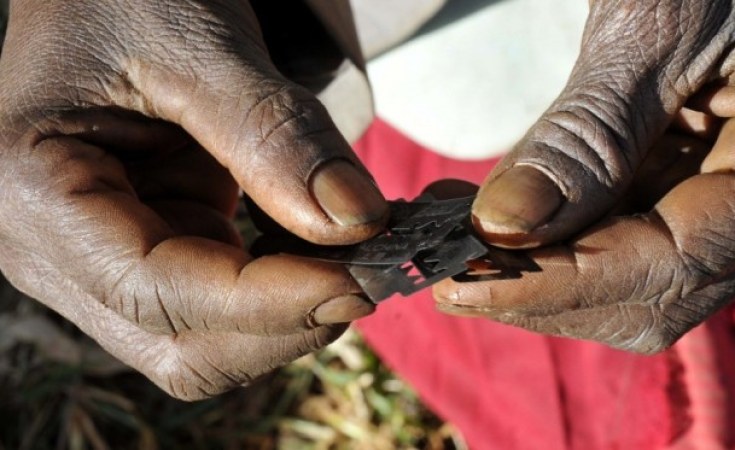 Domtila Chesang, an anti-FGM campaigner in West Pokot, said she had received reports of up to 500 girls undergoing FGM during the schools closure.

"It's very unlikely Kenya will meet the target of ending FGM by 2022. The coronavirus is a major setback," she told Reuters mid last year.

The NCPD report notes although FGM is illegal in Kenya, the law is poorly implemented and there is little awareness in practising communities.

It criminalises all forms of FGM, regardless of the age or status of a girl or woman.

Medics involved in the crime, on conviction, are liable to imprisonment for life.

Other practitioners can be jailed for not less than three years, or fined at least Sh200,000 or both.

Post a comment
WATCH: The latest videos from the Star
by JOHN MUCHANGI Science Editor
News
02 November 2021 - 23:00
Read The E-Paper