• According to a UK newspaper, The Times, the soldier, referred to only as soldier X, made fun of the crime on Facebook.

• Wanjiru who was 21 at the time of her murder. 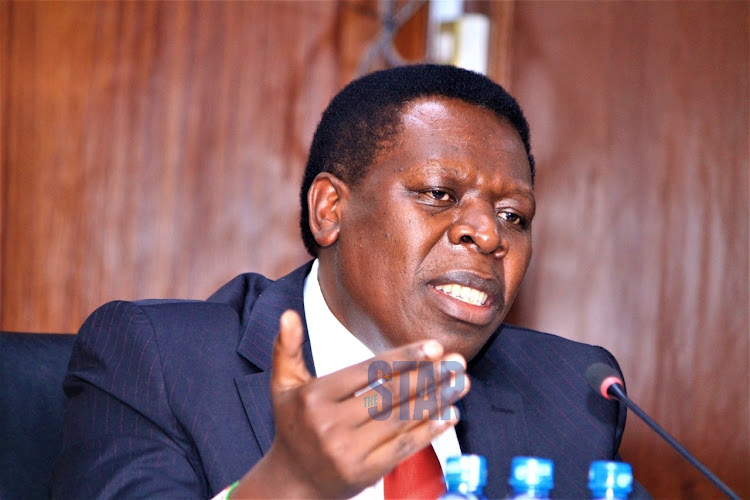 Defense Cabinet Secretary Eugene Wamalwa when he appeared before the Defence committee in Parliament to answer questions on the murder at Nanyuki on November.2, 2021.
Image: EZEKIEL AMING'A

Defence CS Eugene Wamalwa on Tuesday told MPs that the British government has committed to cooperate in the country’s effort to ensure the soldier who murdered Agnes Wanjiru are brought to book.

Speaking when he appeared before the Defence Committee, Wamalwa said he held bilateral talks with British High Commissioner Jane Marriott over the matter that has caused public outcry.

"I want to assure you that we did engage the British government and we received a high level of commitment on cooperation,” he said.

“Everything will be done to ensure that justice is done in this matter.”

The CS dismissed claims that the Kenyan authorities are engaged in a coverup to protect their relationship with the British government.

“There is no such cover up; there might have been delay and that we own up to. Indeed justice has been delayed for Agnes Wanjiru but we must do all we can to ensure that justice is served,” he said.

Wamalwa said the Kenya authorities will invoke provisions of the defence cooperation agreement with the British to prosecute the soldiers involved.

Wanjiru was killed by a British soldier in Nanyuki in 2012.

According to a UK newspaper, The Times, the soldier, referred to only as soldier X, made fun of the crime on Facebook.

Wanjiru who was 21 at the time of her murder and worked as a sex worker to fend for her only daughter in Nanyuki.

Social media posts accompanied by captions ‘if you know, you know’.
News
1 year ago
Post a comment
WATCH: The latest videos from the Star
by LUKE AWICH Political Reporter
News
02 November 2021 - 17:25
Read The E-Paper