The ruling party is set to hold a national delegates conference in November. 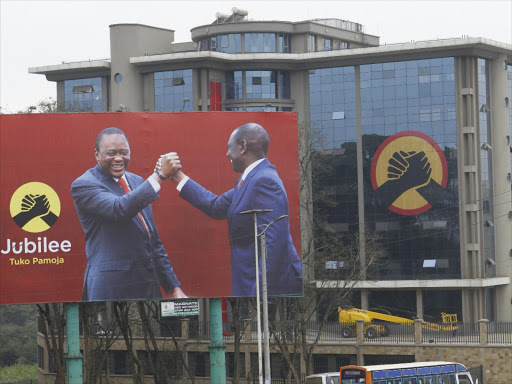 The Star has established that the NDC is also being prepared to sanction far-reaching changes to the Jubilee constitution that would kick out Deputy President William Ruto as the deputy party leader.

Despite falling out with his boss and forming his own 2022 vehicle, the United Democratic Alliance party, Ruto is still Jubilee's deputy leader as per the party's constitution.

The Jubilee National Management Committee —the party’s administration organ—convenes today for a key meeting to discuss the logistics of the NDC and craft the summit’s agenda.

The NDC is coming at a time when Uhuru’s men are pushing for radical changes to the party’s leadership. It could also seal the fate of secretary general Raphael Tuju.

“If that would be the decision of the party, I will abide by it because there is no position that is permanent; what is important is the unity of the country,” said Tuju when asked about his future.

He confirmed to the Star that the NDC was in the offing but said its agenda had yet to be set by the management committee, a lean yet powerful organ of the party.

“We are planning for the national delegates convention, but the NMC is meeting tomorrow (Thursday) to look at, among other things, the road map to the conference,” Tuju said.

The CS, however, hinted that the Jubilee-ODM coalition plan is among the issues to be discussed today.

"That is part of the agenda," Tuju said without elaborating when asked if the ODM-Jubilee coalition deal would be on the table.

There is intense pressure from politicians allied to the President, especially those coalescing around the Kieleweke faction, to have Tuju and powerful vice chairman David Murathe kicked out.

The two powerful officials have been accused of mismanaging the party's affairs, leading to its poor show in recent by-elections and high-profile defections.

They have also been under political attacks for failing to revamp the party at the grassroots, leading to massive disaffection among members.

On Wednesday, Kieni MP Kanini Kega, a close ally of the President, said the NDC has been planned to overhaul the leadership of the party ahead of 2022.

“The NDC, being the supreme decision-making organ of the party, will put in office substantive officials even if it means that some of the high-ranking officials will have to be replaced,” he said.

Kega said the party is currently involved in the screening of the NDC delegates.

“We are currently cleaning the delegates register to ensure those who have defected to other parties like the United Democratic Alliance are expunged,” he said.

The Jubilee Party last held an NDC on September 9, 2016, when at least 11 affiliate parties folded up and merged to form the mother outfit that carried President Kenyatta's 2017 reelection dream.

Since then, the party has in the last three years suffered massive hemorrhage following the falling-out between the Uhuru and Ruto. The proposed political deal with ODM is, therefore, expected to breathe new life into the party.

According to the Jubilee constitution, the NMC will, on behalf of the National Executive Committee, draw the agenda for presentation at the NDC later next month.

There are reports the NDC will amend the constitution to delete the provision that the deputy president shall be the deputy party leader, to deny any future DP the protection of being the automatic second in command in the party.

In March, the NMC resolved to kick out Ruto as deputy party leader and forwarded the resolutions to NEC. It is understood Uhuru blocked the bid because of the weight of the matter.

The NDC will now exercise its powers to ratify constitutional amendments that will largely whittle down the influence of the deputy party leader, giving the party boss the leeway to pick any other member.

It is understood the President’s key men are also working on an elaborate political plan to assemble a broad-based coalition with opposition parties ahead of the 2022 presidential election.

President Uhuru, who as left no doubt that he prefers Raila to succeed him at State House, has sanctioned a Jubilee-ODM coalition to bolster chances of vanquishing Ruto.

It is widely believed that the ODM-Jubilee political deal could also bring on board other opposition parties like Kalonzo Musyoka’s Wiper, Musalia Mudavadi’s ANC and Moses Wetangula’s Ford Kenya.

“The bigger agenda of the Jubilee Party is to unite the country; we are having discussions with Wiper, ANC and Ford Kenya to this effect because we do not want to leave anyone behind,” Tuju said.

The Star has learnt that the coalition instruments have been prepared and are awaiting the NDC for endorsement before the ODM-Jubilee pact is formalised and deposited with the Registrar of Political Parties.

Move will enable it to strengthen party, seal cracks and shore up public appeal
News
5 months ago

Says DP is part and parcel of the state that has made life difficult for Kenyans.
Counties
5 months ago